Phase two of the project will deliver an open book full-cost estimate and design for the delivery of the urea fertilizer plant and related facilities, including a water treatment plant, a power plant, as well as urea storage, loading and unloading facilities.

SNC-Lavalin has signed an agreement with Perdaman Chemicals and Fertilisers Pty Ltd. (Perdaman) for the continued development of a two million ton per annum (Mtpa) Urea fertilizer plant located in Western Australia. Once the project is approved, its estimated capital cost is $4.3 billion.

Perdaman’s planned two Mtpa Urea plant, called project Destiny, will be located within the Burrup Strategic Industrial Area on the Burrup Peninsula, approximately 10 km from Dampier and 20 km north-west of Karratha on the northwest coastline of Western Australia. Perdaman will invest a total of AUD$4 billion to develop the plant that will utilize local natural gas for fertilizer production, using innovative and low-emissions technologies. This project will put WA on the World map as a manufacturing hub for finished products for Asian market.

The contract forms an exclusive three-phase agreement between SNC-Lavalin and Perdaman who will form an integrated project management team of dedicated personnel to manage various aspects of the overall project delivery.

SNC-Lavalin has completed phase one, which included signing of the Heads of Agreement. The company has now begun phase two and will deliver an open book full-cost estimate and design for the delivery of the urea fertilizer plant and related facilities, including a water treatment plant, a power plant, as well as urea storage, loading and unloading facilities.

Upon successful completion and approval of phase two, expected in Q1 2019, phase three would begin on the delivery of Urea fertilizer plant subject to final investment decision. 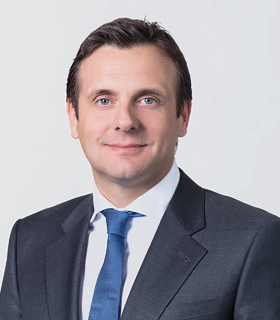 “We look forward to continuing this long-term relationship with Perdaman and supporting them with their expansion plans in Australia. To be a part of the delivery of this plant demonstrates the confidence our clients have in our ability to deliver large scale complex projects both in Australia and globally, ” said Christian Brown, President, Oil & Gas, SNC-Lavalin.

SNC-Lavalin will work with technology partners Haldor Topsoe’s using their new SynCOR technology for the ammonia plant, and Stamicarbon utilizing their LAUNCH MELT Pool Condenser Design for the urea production. Both technologies are low-emissions technologies.