Elaine Guenette, P.Eng., and David Hultman, P.Eng. are the latest principals of the firm—Guenette in Ottawa and Hultman in Vancouver.

Smith + Andersen has welcomed Elaine Guenette, P.Eng., and David Hultman, P.Eng., as new principals of the firm, Guenette in Ottawa and Hultman in Vancouver. 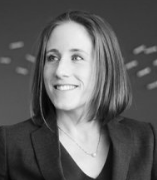 Over her 14 years with Smith + Andersen, Guenette’s leadership has resulted in award-winning mechanical designs across several market sectors, while her consistency and calm demeanor has established her as a go-to for team members inside and outside of Smith + Andersen.

She has aided in the creation of numerous nationwide processes, and her ability to balance big picture strategy w

ith detailed direction has directly contributed to the growth of the firm. Guenette is the ninth principal to build their entire career at Smith + Andersen—from co-op student to principal.

Together with Andre Drouin, Guenette will lead the Smith + Andersen team in Canada’s capital. 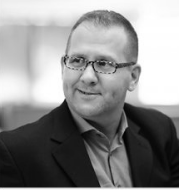 Hultman joined Smith + Andersen in 2011 with several years of proven experience and the respect of clients across B.C. Over his past 15 years working in the Vancouver market, he has established himself as an essential project leader, known for his technical expertise and approachable nature.

Hultman has managed everything from design-build to P3 projects, championed the growth of the firm’s local and national retail portfolio, and supported the expansion into new market sectors and service offerings. His electrical expertise has aided the creation of flexible spaces for boutique and multi-national retailers, while his leadership skills have been instrumental to the growth of the Vancouver office.

In his role as principal, Hultman will continue to strengthen Smith + Andersen’s presence in the B.C. market, supporting the Vancouver operations as well as the Kelowna office.