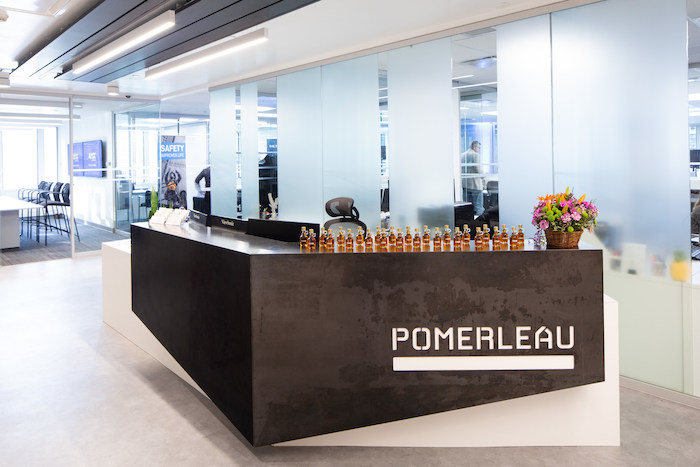 Construction company Pomerleau has opened a new office in downtown Vancouver, replacing its earlier location in nearby Surrey, B.C. The move brings the company closer to many of its partners and clients.

“I am very proud of this new location,” says president and CEO Pierre Pomerleau. “This move is an important milestone in establishing our company as a prime partner from coast to coast.”

Pomerleau has grown its local presence through the 2016 acquisition of Westpro and the large-scale work carried out by its Borea and Beaubois divisions, including renewable energy and architectural woodworking projects. The company’s British Columbia team is led by Gordon R. Mann, senior vice-president (SVP) of construction, and is currently focused on construction of the South Burnaby Arena and the new outfall pipeline for the Annacis Island Wastewater Treatment Plant, among other jobs.