Bruce out as SNC-Lavalin CEO, Edwards in

Ian Edwards steps in to become interim president and CEO succeeding Neil Bruce who has announced that he is retiring to return to his family in the UK. 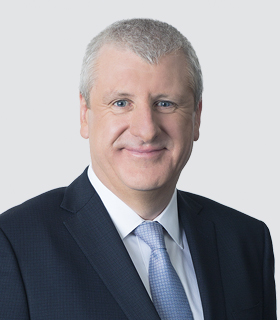 Taking over the role in October, 2015, Bruce has led the firm through four-and-a-half tumultuous years, including the acquisition of UK-based WS Atkins, creating a company with over 50,000 employees and annual revenues of approximately $12 billion, as well as the ongoing political drama related to the Quebec-based firm’s fraud and corruption charges related to alleged wrongdoings that took place seven to 20 years ago.

Bruce will remain as an advisor to the board until the end of the year.

Edwards, who has been in the role of Chief Operating Officer (COO) since January of this year, has been asked by the Board of Directors to undertake a review of the strategic direction of the company on an expedited basis and to develop a plan for sustainable success, that de-risks and simplifies the firm’s business model and generates consistent earnings and cash flow.

According to an SNC-Lavalin media release, Edwards will meet with key stakeholders to get their perspectives and strengthen relationships over his first 60 days as interim president/CEO.

Neil Bruce commented in the release: “In the past five years we have achieved much at SNC-Lavalin and I am leaving behind a business that is larger, more diverse, more international than the one I joined, as well as one that has a deeply embedded world-class approach to ethics. I am delighted that Ian has agreed to take the company forward. His in-depth knowledge of the business, industry expertise and leadership skills will bode well for the future. I would like to thank all the employees for being such a great team, the top in the industry and I wish them all the very best.” 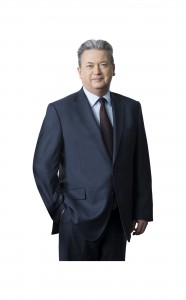 “We very much benefited from Neil’s leadership over the past four years,” said Kevin Lynch, Chairman of the board of directors, in the release. “His commitment to the company, developing a world-class ethics and compliance regime, his leading role in the signature acquisition of Atkins, renewing the management team and delivering high levels of backlog have all been very important to SNC-Lavalin. We wish him well and the best in his retirement.”

Edwards brings over 30 years of global experience in delivering complex infrastructure and resources projects across North America, Europe, theMiddle East, and Asia Pacific. He joined SNC-Lavalin in 2014 after six years in senior roles with the Leighton Group where as Managing Director, Leighton Asia, India and Offshore, he led a diverse business of 20,000 employees spanning infrastructure, project management and resources in 14 countries.