Head of SNC-Lavalin steps down

SNC-Lavalin announced on September 14 that it has a new president and chief executive officer.

Neil Bruce is taking over from Robert G. Card as the head of the Montreal engineering giant on October 4. Card is stepping down after having been with the company for three years. He arrived at SNC-Lavalin not long after it had become embroiled in charges of corruption in Canada and overseas. Card launched a program to establish the firm on a new ethical framework.
Bruce is currently the firm’s chief operating officer, a position he has held only since April. He joined SNC-Lavalin in 2013 to lead its resources and environment group in London, U.K. and went on to oversee SNC-Lavalin’s acquisition of U.K.-based Kentz. In April he moved to Montreal to take over the newly created position of chief operating officer. Before joining SNC-Lavalin he was with AMEC.

In announcing that Bruce would take over from Card, Lawrence Stevenson, chair of the board of directors, said it would be a “smooth transition” and that the handover comes at an important stage in SNC-Lavalin’s development. Of Bruce, he said: “The Board is thrilled to have a leader of his caliber with deep project management and execution experience to lead and grow the company.”

Stevenson also praised Card’s contribution: “Bob’s tenure left a strong legacy during a critical time for the company, with a far-reaching transformation that changed the face of the executive team, repositioned the company strategically through the sale of AltaLink and the acquisition of Kentz among others, as well as turned its ethics and compliance system into a benchmark for the industry. We are in the right position to become a Tier-1 engineering and construction firm going forward and on behalf of the Board, I thank Bob for his leadership and tireless dedication. He will remain as an advisor to the Board and CEO.”

The same day that Bruce’s appointment was announced, the CBC was reporting new allegations from Riyadh Ben Aïssa, a former executive with SNC-Lavalin who has served over two years in a Swiss jail but is now back in Canada. The alleged activities relate to a time before Card took over at SNC-Lavalin and instigated a new ethical regime.

Card is a U.S.-based engineer who before coming to SNC-Lavalin was with CH2M where he had been responsible for the company’s work in designing and constructing the $15-billion London Olympics complex. He had also spent time as Under Secretary to the U.S. Department of Energy.

To read the SNC-Lavalin press release of September 14, click here. 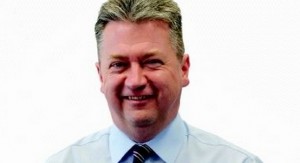 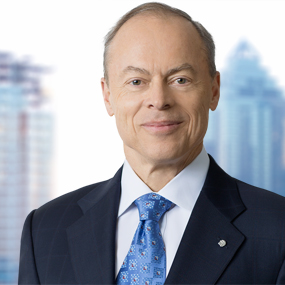