Women appointed to leading professional positions at OIQ and APEGA

The Quebec licensing body, the Ordre des ingénieurs du Québec (OIQ), has held an open vote to elect a new president for the next two years.

Kathy Baig, ing., FEC, MBA, was elected by the vote, which was held between May 6 and 27.  In 2014 a motion at the OIQ’s annual general meeting determined that the president who would take over office in June 2016 for a two-year term would be elected by members through “universal suffrage.”

Over 16% of the members voted for Ms. Baig, who was previously first vice president on the OIQ board and has held various positions since 2013, including as president of the committee of transformation. She is also a manager of infrastructure and construction at Aeroports de Montréal. Her term as OIQ president begins on June 22 when she succeeds Jean-Francois M. (Jeff) Proulx, ing. of GORD Associates Consulting. He  was elected in August 2015. 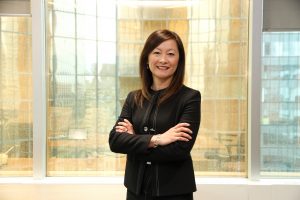 In Alberta a female has also moved into an important position in the professional engineering community. Heidi Yang has been appointed as the new interim chief executive officer of the Alberta Association of Professional Engineers and Geoscientists. Previously director of member services, she has also served a three-year term as an elected councillor and was volunteer chair of APEGA’s Peace Region Branch.

Yang replaces Mark Flint, P.Eng. as CEO. The announcement came on May 13 and was effective immediately.

Dr. Steve Hrudey, P.Eng., APEGA’s current president, said:  “APEGA council is pleased that Heidi has agreed to take on the responsibilities of interim CEO. We have confidence that Heidi, registrar and professional engineer Carol Moen, and the rest of the senior leadership team will advance APEG’s service in the public interest with confidence and skill until such time as council can determine with senior leadership what will be the best management structure for APEGA moving forward.”

Yang is a UBC graduate in chemical engineering and has been a professional engineer for 17 years. She was with Weyerhaeuser in Grande Prairie before joining APEGA staff in 2014.

To read about the OIQ election of Baig and six other administrators, click here.