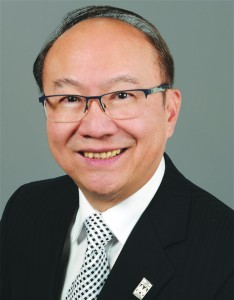 Professional Engineers Ontario (PEO) appointed Thomas Chong, P.Eng. as its 96th president during its annual general meeting on Saturday, April 25 in Toronto.
Chong is the first member of a visible minority to be elected president since the inception of PEO in 1922.
He earned a master’s degree in mechanical engineering from the University of Strathclyde, Glasgow, Scotland, in 1973. He became a fellow of Engineers Canada in 2011; International Project Management Professional (PMP) in 2009; senior member, American Institute of Industrial Engineers in 1977; Professional Engineers Ontario member in 1976; and a Chartered Engineer (Britain) in 1974.
He came to Canada in 1976, having been recruited from London, England, by Northern Telecom Canada as a corporate engineering manager. He has been president of a 4,000-member network since 2008 and currently works as a senior system lead with the Ministry of Health and Long-term Care.
Chong succeeds J. David Adams, P.Eng. as president of PEO.
At its annual general meeting, held at the Westin Harbour Castle Hotel, PEO also introduced its council for the 2015-2016 term. The four women and 22 men on the new council will govern PEO’s 83,000 licence and certificate holders and regulate professional engineering in Ontario to serve and protect the public.

2 Comments » for PEO elects first president from a visible minority