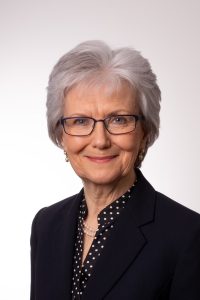 The Canadian Council of Independent Laboratories (CCIL) is pleased to announce that Hannah Schell, P. Eng., has been named this year’s recipient of its Leadership Award.

Retiring at the end of this month after a long career with the Ontario Ministry of Transportation (MTO), Schell is being honoured for her many contributions to the development of engineering standards for concrete in highway infrastructure construction and rehabilitation, including concrete testing standards, and for her leadership in encouraging the full partnership of industry stakeholders such as CCIL in this important work.

For most of her time at MTO, Schell was head of its Concrete Section in the Materials and Engineering Research Office (MERO) where she directed a group of expert engineers and technicians responsible for developing ministry-specific technical standards and specifications for public infrastructure in Ontario, troubleshooting concrete performance and testing issues, and incorporating new products and technologies in MTO construction and quality assurance operations.

When CCIL acquired the Concrete Laboratory Certification program from the Canadian Standards Association in 2009, Schell was Chair of the CSA 283 Technical Committee and was instrumental in helping in a smooth transition. Since then, she has been integral to the development of CCIL’s internal policies relating to the governance of the program and an active participant on its Concrete CPAC (Certification Program Administration Committee) which oversees the national concrete testing laboratory and technician certification program.

More recently as Manager of MTO’s Engineering Materials Office, Schell liaised with industry sectors and associations including CCIL to develop progressive and effective policies and standards to ensure the long-term performance and durability of Ontario’s highway infrastructure.

“For more than 40 years, Schell has been a driving force in fostering consultation and collaboration between government and the private sector. This partnership approach has allowed us to work together in ensuring that we have the highest standards for concrete construction, materials, and testing methods, and that our highways are among the safest, most durable and best performing in the world,” said Trevor Gluck, P. Eng., President of CCIL “We are fortunate to have had her leadership and counsel.”

Ms. Schell graduated as a Civil Engineer, with Bachelor and Master’s degrees from Queen’s University at Kingston, and has been licensed as a Professional Engineer in Ontario since 1981. In addition to her important responsibilities at MTO, she found time to teach a post-graduate course on infrastructure renewal at the University of Toronto’s Department of Civil and Mineral Engineering and serve as a member of the Ryerson Civil Engineering Advisory Council.

“In my role at MTO and also from the perspective of developing national standards through the Canadian Standards Association, I have been a strong supporter of CCIL’s laboratory and technical certification programs,” Schell commented. “It was always a pleasure and an education to work with individuals from CCIL whose knowledge and expertise is so strong.  I can think of so many situations when I sought input from CCIL and in return received honest and constructive feedback, ensuring the best path forward could be chosen.”