The facility has become the first double LEED Platinum convention centre in the world—for new construction in 2010 and now v4 existing building. 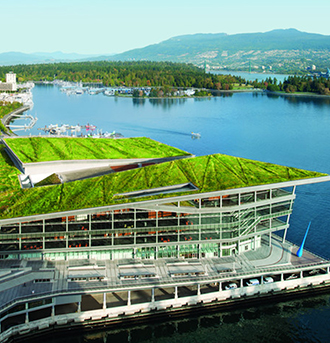 The announcement was made at a press conference in Vancouver, which included BC Minister for Tourism Lisa Beare, Vancouver Acting Mayor Raymond Louie, and Canada Greed Building Council (CaGBC) president and CEO, Thomas Mueller.

Following its initial LEED for New Construction Platinum certification in 2010, the VCC sustainability team has been dedicated to continuing to improve operations.

To meet the certification requirements for LEED v4, the VCC team introduced new sustainability initiatives and enhanced existing programs including:

Creating a Reclaim Room at the Convention Centre where material and goods left behind from events are housed until the Sustainability Coordinator sources local charity or community group where the items could be donated or meaningfully re-purposed.