The façade was rebuilt brick by brick and stone by stone. 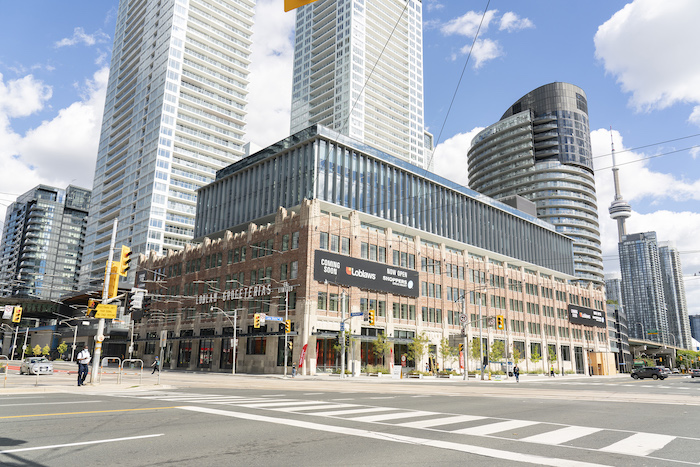 Built in 1928, the former home of the first Loblaw Groceterias Warehouse—located at 500 Lake Shore Boulevard West, at the northeast corner of the intersection with Bathurst Street—now combines retail, office and residential space. For Loblaw, it will bring together more than 1,100 ‘digital economy’ workers for its PC Optimum, PC Financial and Loblaw Digital businesses.

“Brick by brick and stone by stone, West Block’s historic façade has been restored, so it once again becomes a destination within the community,” says Galen G. Weston, Loblaw’s executive chair.

West Block now features three of Loblaw’s retail banners (Loblaws, Shoppers Drug Mart and Joe Fresh), two condo towers and five floors of offices space. In addition to the rebuilt façade’s historic bricks and stones, the building contains a number of artifacts, including wood salvaged from the old Queen’s Wharf and support columns from the Gardiner Expressway in the parking garage. 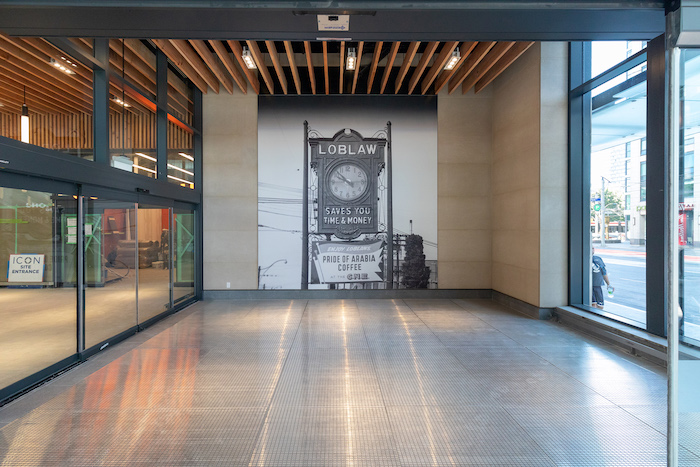 The retail lobby features a wood ceiling salvaged from the old Queen’s Wharf.