A 150-year old courthouse that has been a landmark in St. Thomas, Ontario, began a new life this month following extensive renovations. 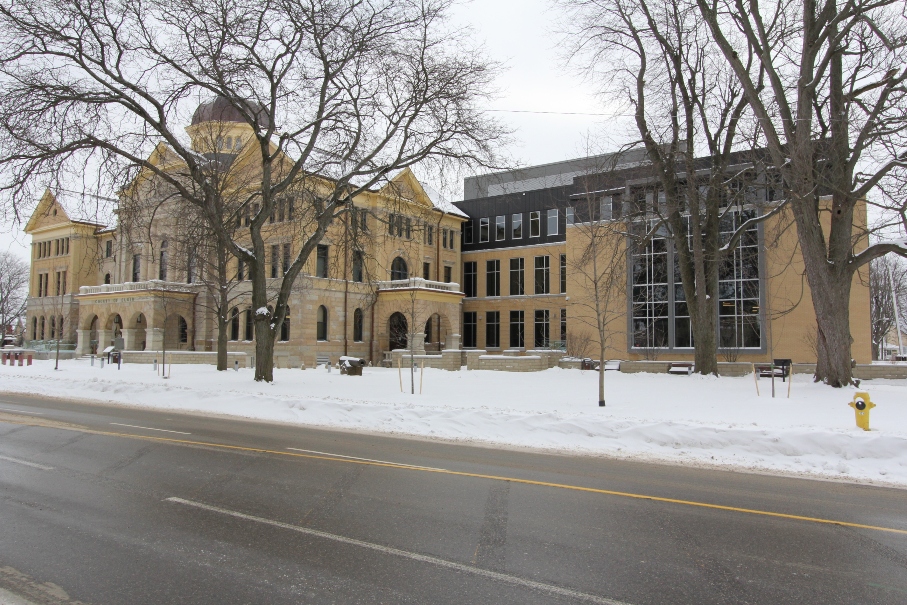 A 150-year old courthouse that has been a landmark in St. Thomas, Ontario, began a new life this month following extensive renovations.

Architects NORR and FGMDA (heritage), along with Stephenson Engineering as structural engineers, Hidi Rae as mechanical engineers, and Mulvey & Banani International as electrical engineers, were on the team for the renovation of the heritage building in the southwest Ontario town.

Located on Wellington Street, the historic courthouse dates from the pre-Confederation era and like other buildings of its time, once combined the functions of courthouse, jail and county buildings.

For the renovations the structure was completely renovated, but many original features were restored, including three of its elevations, its dome, copper roof and masonry and sculptural detailing.

A new addition was added to connect the original courthouse to a renovated former Land Registry Office beside it that was built in 1874. This one-storey yellow-brick building was one of the first built to a standardized plan for such buildings, designed to keep county land records safe by preventing fire, flood and theft.

The new complex has state-of-the-art technology, security, energy efficiency and other features. It consolidates the Superior Court of Justice and Ontario Court of Justice, which previously operated in separate locations. The three storey building has eight courtrooms and three conference and settlement rooms.

Ontario’s Attorney General was on hand with other dignitaries on March 18 for the official opening. He said, “For over a century and a half, the Elgin County Courthouse has stood as a St. Thomas landmark. Its restoration and renovation as part of the new consolidated courthouse will preserve its stature in the community for many years to come.”