Expansion at U of T’s Robarts Library breaks ground

Sustainable design features include a rainfall recycling system, green roof and an electronic rolling blind system to control the amount of light and solar gain coming through the glass façade. 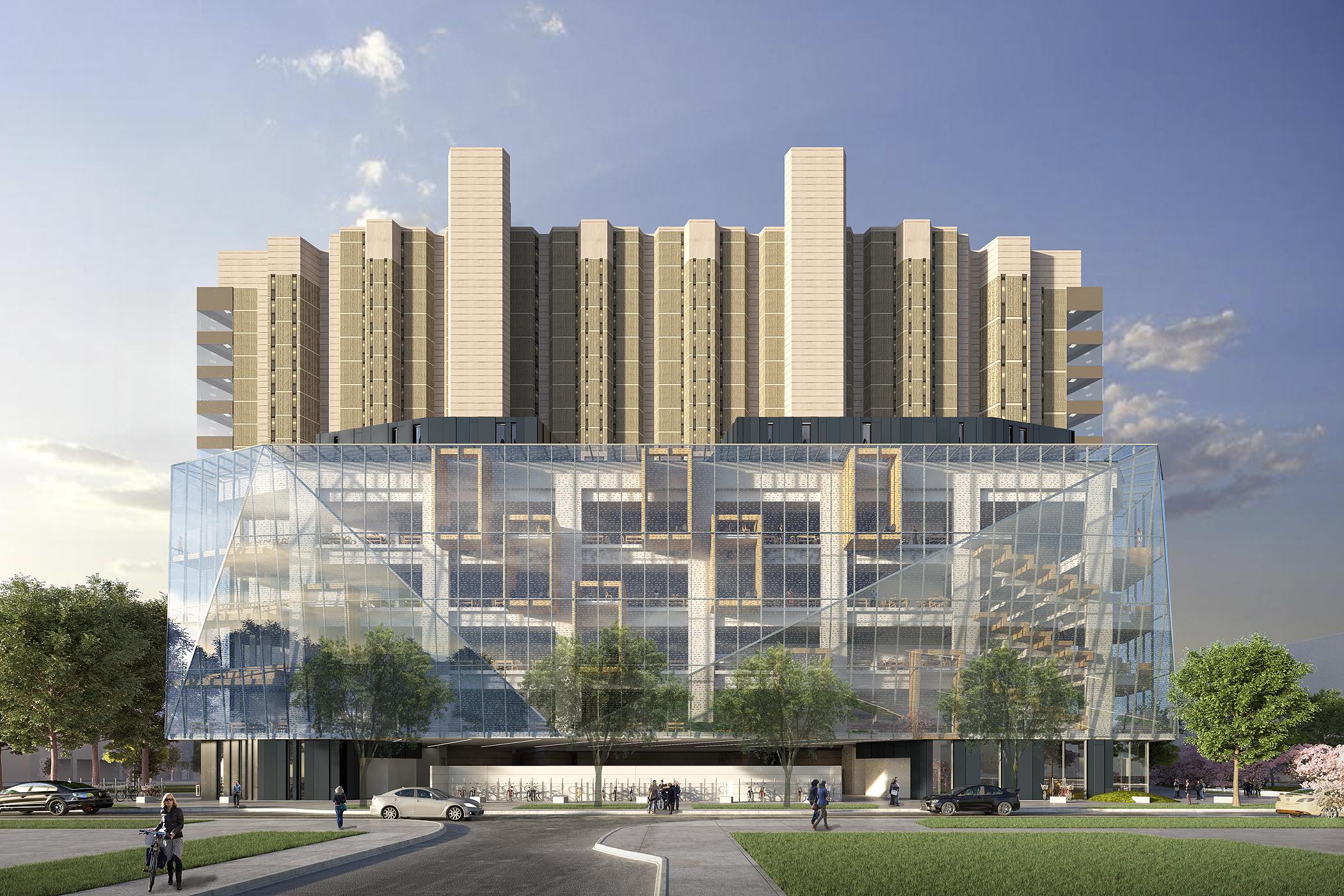 Rendering of the new Robarts Common expansion on the Robarts Library at U of T. (Diamond Schmitt Architects)

Canada’s largest academic library, Robarts Library at the University of Toronto, is about to undergo a major expansion that will add 1,200 work and study spaces to the iconic facility.

Recognized as an example of the concrete Brutalist style of architecture from the 1960s, the addition of the student study wing is the first expansion of the library since it opened in 1973.

The new design by Diamond Schmitt Architects will bring daylight and views to a five-storey, glass-enclosed addition along the building’s west side.

The original concept for Robarts Library included three pods surrounding the core of the library. Only two were realized, occupied by the Thomas Fisher Rare Book Library and the Faculty of Information iSchool.

The new student space completes the plan, which occupies an entire block on the downtown campus.

“We’re adding a range of options for studying, both individual as well as more socially-oriented, collaborative settings to learn,” said Gary McCluskie, principal, Diamond Schmitt Architects, in a release announcing the ground breaking. “Robarts Common will have its own entrance and plaza connecting to the street and be much more transparent, much less intimidating than the original.”

The wraparound glass façade and wood accents contrast with the concrete shell of the 14-storey Robarts, yet a thematic relationship exists between the triangular form of Robarts and the facetted shapes shape of the Common.

“The height is the same as the other wings, and we wanted to fit with the geometry of the existing building and reference the triangle form in how the glazing is framed,” said McCluskie.

The freestanding expansion will connect with the existing building via a four-storey bridge. In addition to traditional study carrels and reading tables, there will be amphitheatre-style seating on levels two through five and 32 group study rooms. There will also be Wi-Fi access and wireless printing throughout the building.

“This expansion will increase study space by 25% and make a huge difference,” says U of T chief librarian Larry Alford. “It’s about creating space for students to do new and different kinds of things, a space for social learning. Some students want places where you can hear a pin drop, and others need space to work with each other . . . This addition will add to the mix of those kinds of spaces.”

Sustainable design features include a rainfall recycling system, green roof and an electronic rolling blind system to control the amount of light and solar gain coming through the glass façade. 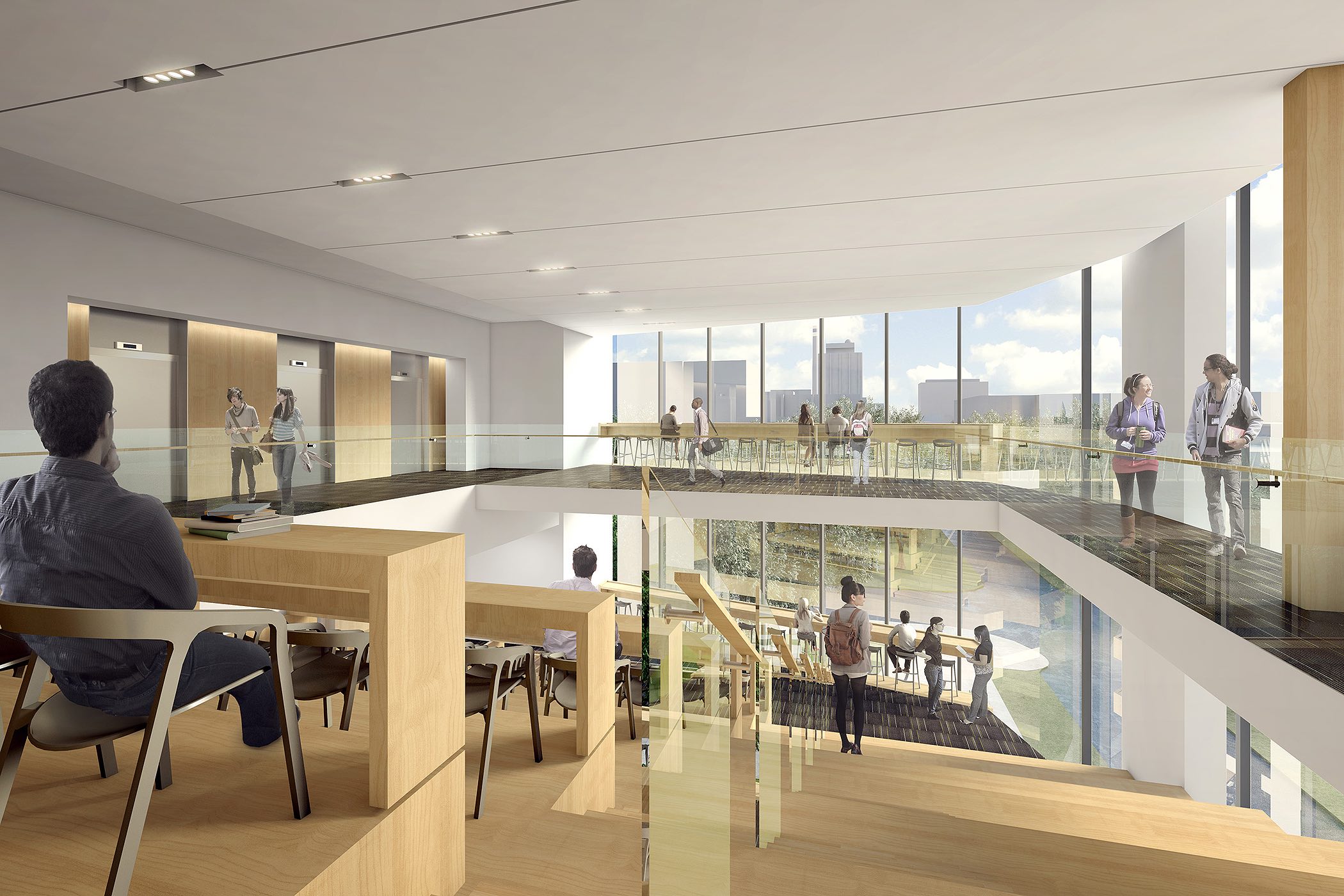 Robarts Library attracts as many as 18,000 visitors a day. The architecture of the original peacock-shaped facility has made the building a destination for filmmakers, who have cast the building in roles as varied as a prison (Resident Evil: Afterlife) and UFO (Starship Invasions).

Construction is expected to be complete for the start of the 2019-20 academic year.

Primary consultants on the project include: 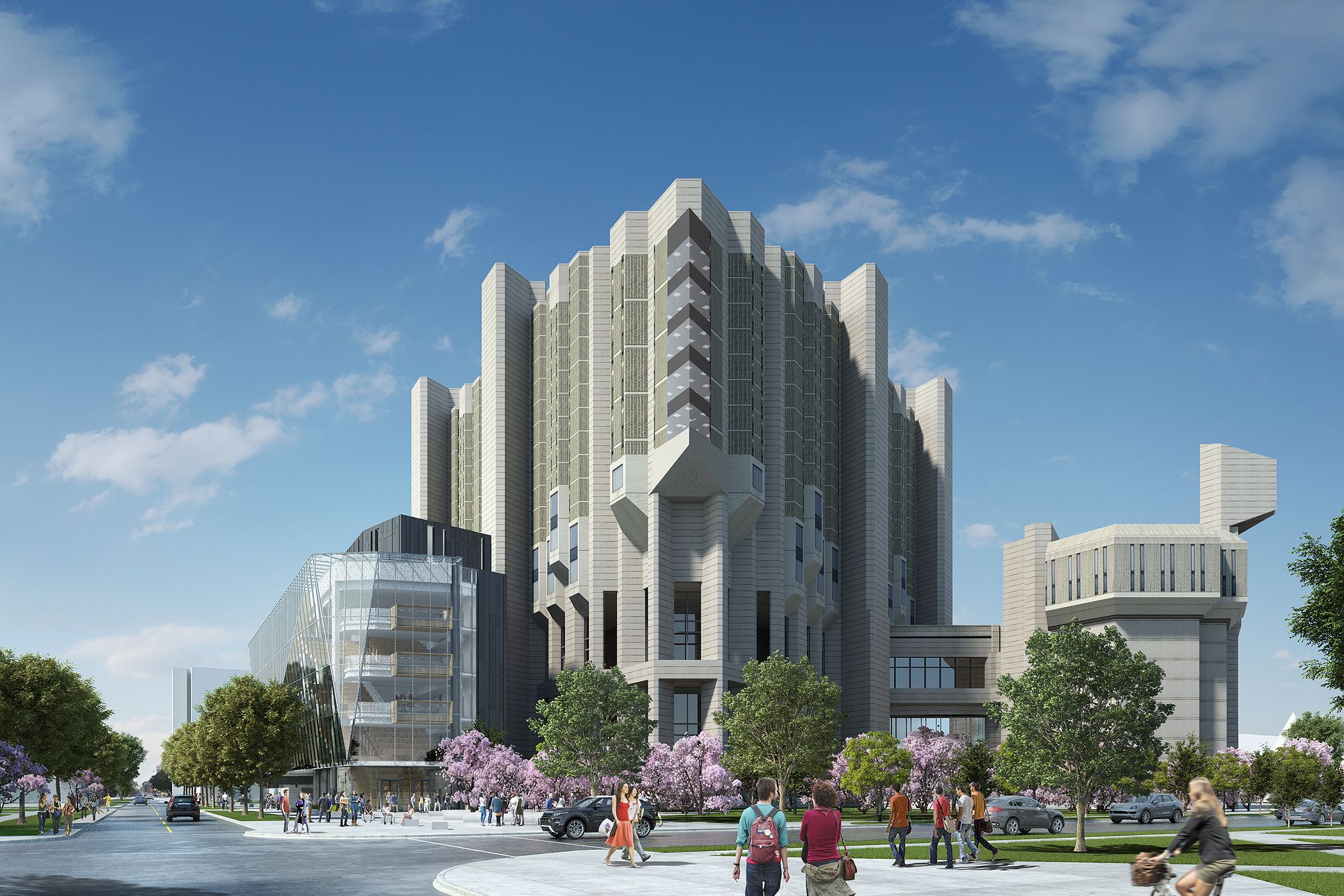