The eight-storey building will rise adjacent to the SmartCentres Place Bus Terminal, to be operated by York Region Rapid Transit, and the terminus of the extension of the TTC Spadina subway line. 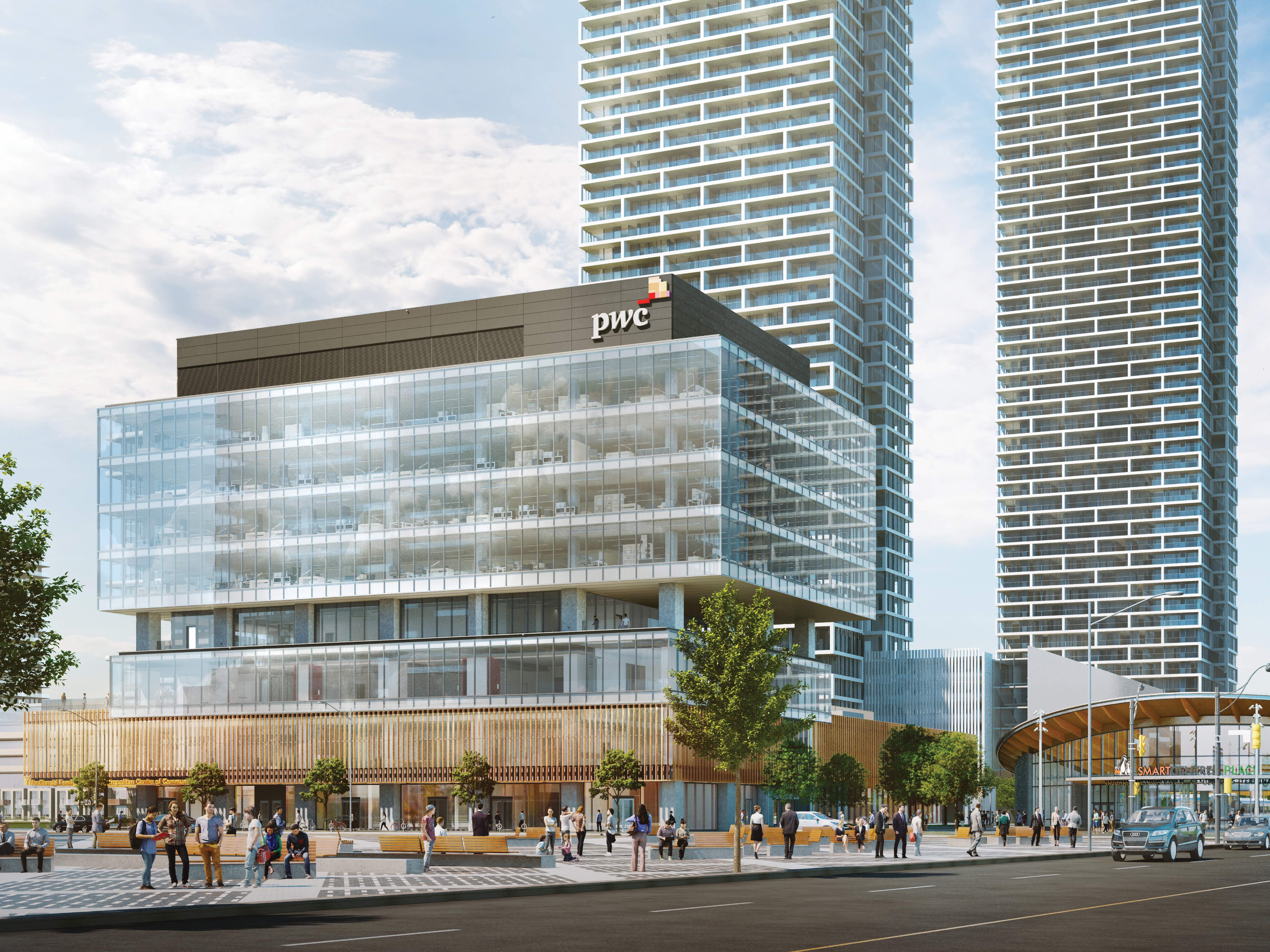 Canada’s largest urban development project broke ground today on a central feature of the emerging downtown precinct in the City of Vaughan, north of Toronto.

The PwC-YMCA Tower, designed by Diamond Schmitt Architects, will combine Class-A office space, amenities and services and be situated at the heart of SmartCentres Place. The developers are Smart Real Estate Investment Trust (SmartREIT) and Mitchell Goldhar.

The eight-storey building will rise adjacent to the Diamond Schmitt-designed SmartCentres Place Bus Terminal, to be operated by York Region Rapid Transit Corporation, and the terminus of the Toronto Transit Commission’s extension of the Spadina subway line. Both transit nodes open later this year.

“A two-storey galleria in the tower is conceived of as the Great Hall, a gathering space for the community connecting the transit hub to the future residential neighbourhoods,” said Michael Szabo, principal, Diamond Schmitt.

Interlocking forms distinguish the building and provide a series of roof terraces for the community, the Y and the office tenants. A frieze of gold anodized aluminum fins wraps and unites the diverse programming of this mixed-use building. 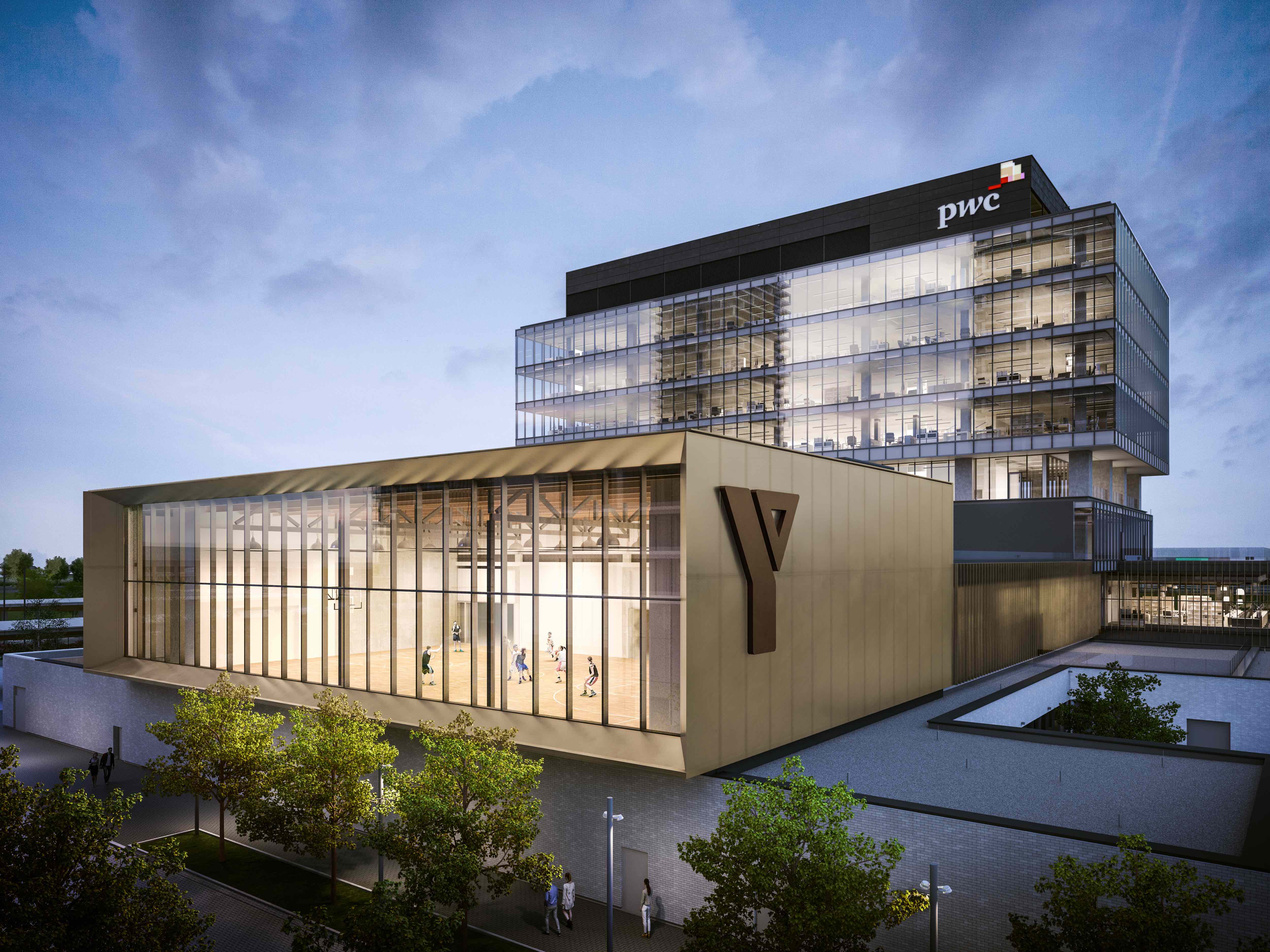 Together, SmartREIT, Mr. Goldhar and other partners will develop a 100-acre master plan designed by Diamond Schmitt and integrate approximately 17 million square feet of commercial, residential and retail space around a nine-acre central park.

“The PwC-YMCA Tower is the cornerstone of this future community that prioritizes public infrastructure and amenity space to create a highly desirable, 21st-century urban centre,” said Mitchell Goldhar, Chairman of SmartREIT.

The tower is the second commercial project at SmartCentres Place, following the opening of the KPMG Tower in 2016, also by Diamond Schmitt Architects, and is expected to open in 2020.