Yukon plans the future of the Dawson City ice bridge

The Yukon River in Dawson City has not frozen over for the past two winters, and last January spray technology was used in an attempt to induce ice formation but was unsuccessful. 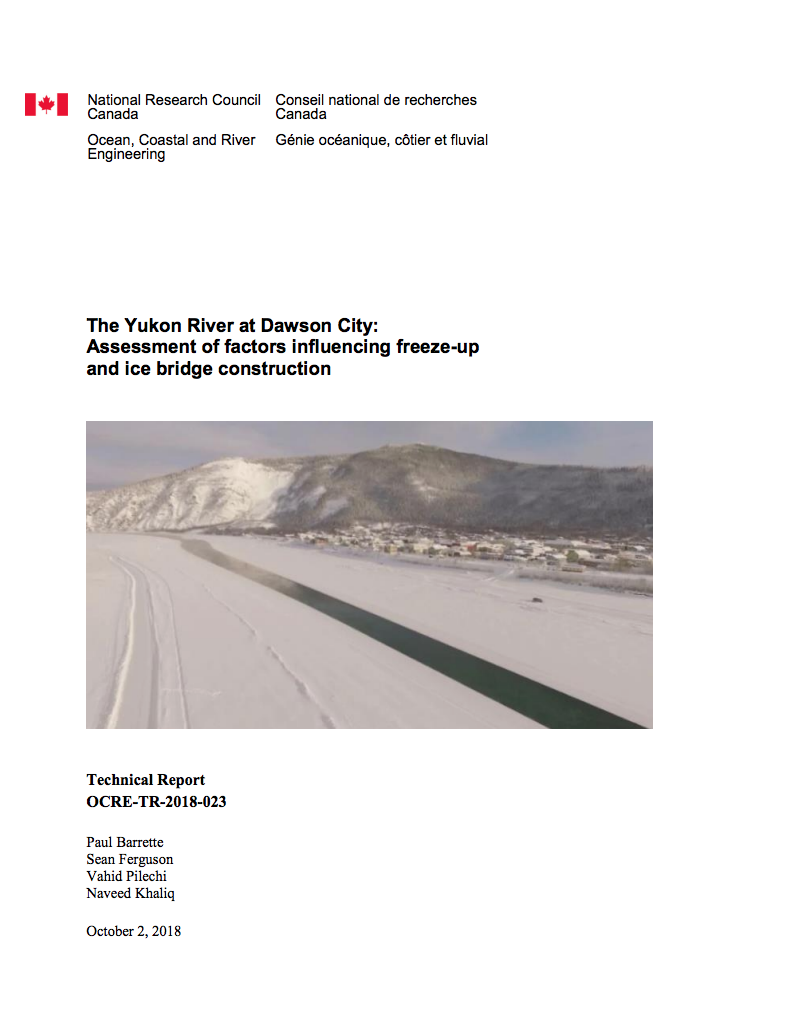 The Government of Yukon and the National Research Council of Canada (NRC) have released a report which looks at some of the possible reasons why the Yukon River in Dawson City has not frozen for the past two winters.

Last January, spray technology was used to attempt to induce ice formation. This was unsuccessful in large part due to higher than normal temperatures during the period when the attempt was made.

The influence of human activity, including operations at the Dawson City wastewater treatment plant (WWTP), may also play a role.

Information for the report was gathered from a variety of sources including a Tetra Tech report and feedback from an open house with about 40 Dawson City community members.

The 80-page NRC report outlines different ways an ice bridge could be created if the river doesn’t naturally freeze between ferry terminals in the future.