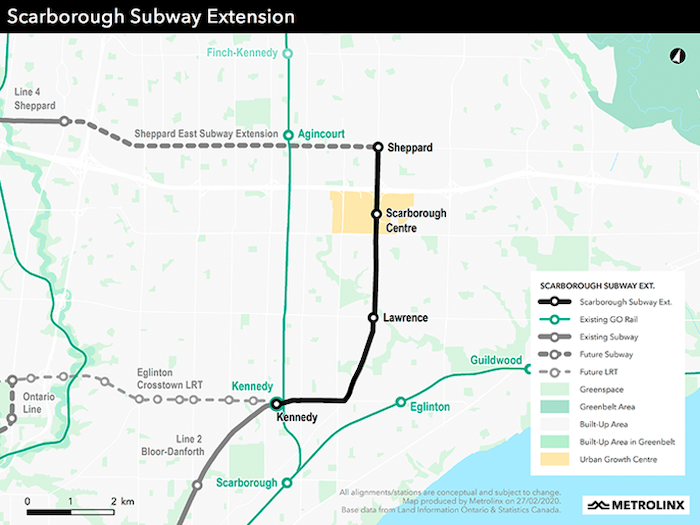 The stations, rails and systems (SRS) project will extend the line from the existing Kennedy Station further northeast through Scarborough to a new terminus at McCowan Road and Sheppard Avenue.

As previously reported, Metrolinx and Infrastructure Ontario (IO) have selected the Scarborough Transit Connect (STC) consortium—comprising Aecon and FCC Canada—to deliver the project. The team will also include Sener, Mott MacDonald and local architects, following a progressive design-build (PDB) model that is expected to foster greater collaboration between the project owner, partners and communities.

The scope of work includes three new stations, modifications to Kennedy Station, tunnelling for the length of the alignment, emergency exit buildings, traction power substations and connections to other transit infrastructure.