With the structure essentially complete, the government promises the bridge will open no later than June 30, 2019. 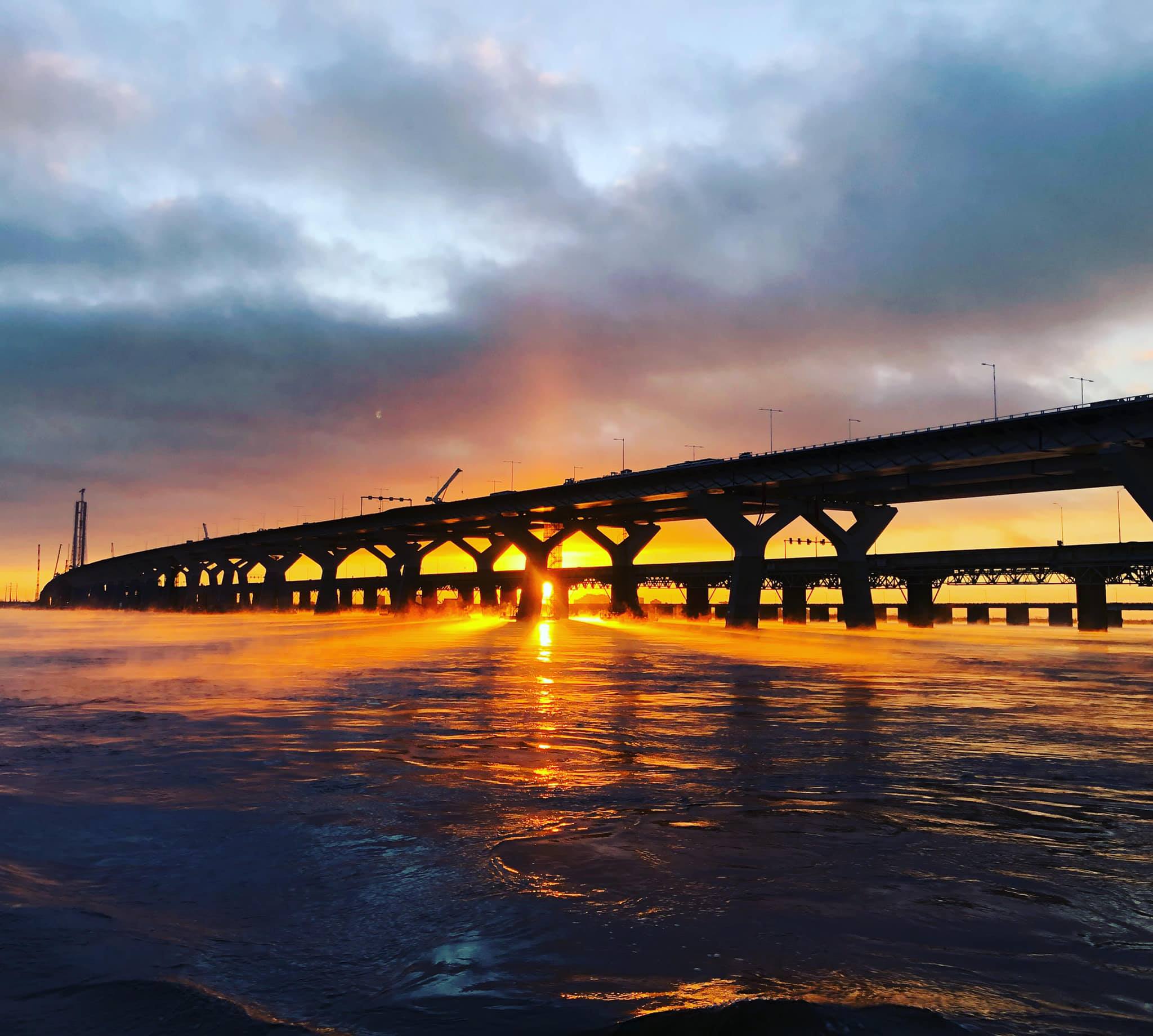 As the final structural elements of one of the largest infrastructure projects in North America are put in place, the federal government has officially announced that Montreal’s highly-anticipated new bridge, spanning 3.4 kilometres between the South Shore and Montreal, will be named the Samuel De Champlain Bridge.

The new name was revealed by François-Philippe Champagne, Minister of Infrastructure and Communities, during a site visit where he also highlighted the recent completion by the Jacques Cartier and Champlain Bridges Incorporated (JCCBI) of all measures in its reinforcement plan to ensure safe and uninterrupted service of the existing Champlain bridge until the Samuel De Champlain Bridge is open to traffic.

Following a series of delays, it was announced in late October that the new bridge would be open no later than June 30, 2019. “The new Samuel De Champlain Bridge is one of the largest worksites in North America, and one of the most modern in terms of engineering and urban integration,” said Champagne in a media release.

Among the largest bridges in Canada, and built to last 125 years, the new Samuel De Champlain Bridge will provide six vehicular traffic lanes, two lanes dedicated to a mass transit corridor and a multiple-use pathway.

The Signature on the Saint Lawrence Group was chosen to carry out the design, construction, financing, operations, maintenance and rehabilitation of the New Champlain Bridge Corridor Project. This initiative is being conducted under a P3 agreement with the Government of Canada. Following construction Signature on the Saint Lawrence Group will operate, maintain and rehabilitate the new bridge for a period of 30 years.

Signature on the Saint Lawrence Group is comprised of:

Responsibility of the design and construction included:

Two design teams—one for the new bridge, the other one for the highway design.

An independent engineer, whose mandate involves: monitoring all work for the purpose of compliance with the Partnership Agreement; signing the required attestations; and examining, at various stages, the design documents, supervision plans and the management and quality control system provided by Signature on the Saint Lawrence is a role handled by a Stantec and Ramboll consortium.