The main structure of the bridge will be complete by December 21st, but some important weather-dependent permanent work, including waterproofing and paving, is unlikely to commence until early spring. 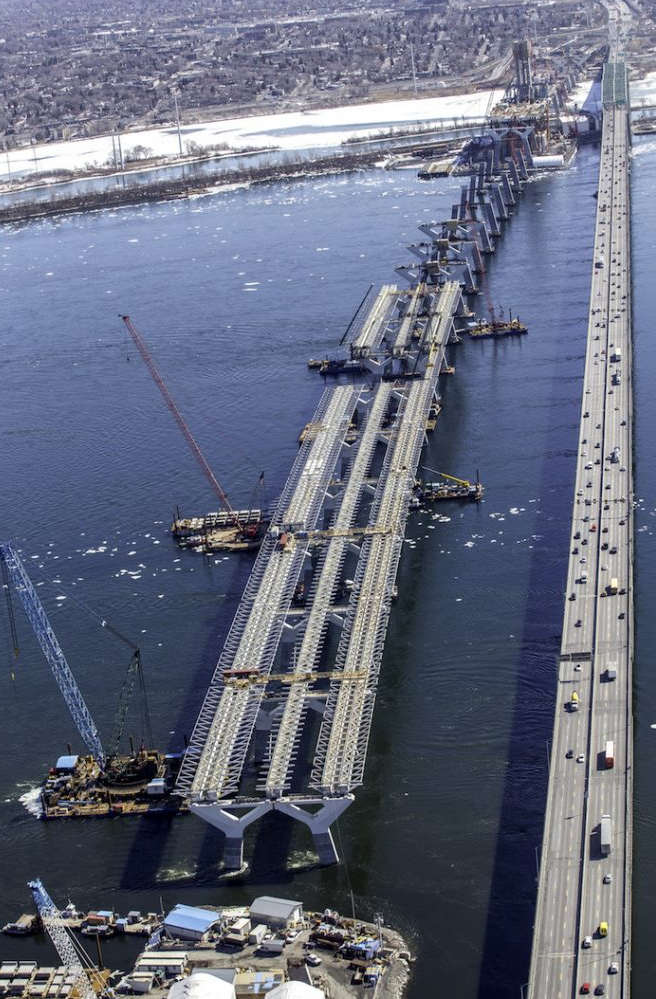 The Government of Canada has announced that the new toll-free Champlain Bridge in Montreal will not be ready to open to traffic this December as previously announced. The opening will take place no later than June 2019 and the official date will be confirmed in the new year.

The news was delivered on October 25th in conjunction with a technical briefing and project site visit on the Champlain Bridge Corridor project. During the update, Signature on the St. Lawrence (SSL), the private consortium responsible for building and operating the new corridor, announced that despite the progress that has been made over the last few months the bridge will not be ready for operation until the new year.

“The Government of Canada’s priority is to ensure the new toll-free Champlain Bridge is built to endure without ever compromising the safety of workers or the public,” said Francois-Philippe Champagne, Minister of Infrastructure and Communities, in a media release following the announcement.  “Today’s construction update makes clear that significant progress has been made on this critically important project and that final work necessary to open the bridge to traffic will take place in the new year. I commend everyone who has contributed to this ambitious project. Your dedication and innovation is truly inspiring and I have no doubt it will continue as we set our sights on the opening of the new Champlain Bridge in 2019.”

SSL reported significant progress has been made on the bridge and indicated that the main structure of the bridge will be complete by December 21st, 2018. They noted, however, that some important weather-dependent permanent work, including waterproofing and paving, is unlikely to commence until early spring.

The new Champlain Bridge Corridor project is one of the largest infrastructure projects in North America.

The Jacques Cartier and Champlain Bridges Incorporated (JCCBI), which is responsible for the operation and maintenance of the existing Champlain Bridge, also provided an update on the measures it is taking to ensure safe and uninterrupted service until the new bridge opens.