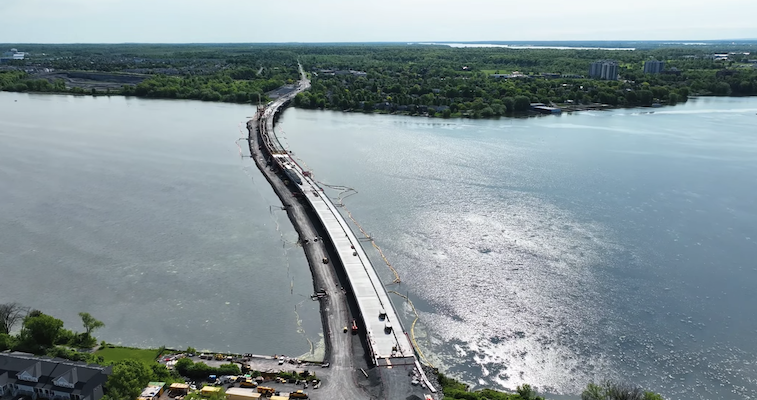 Screencap from video by City of Kingston.

The Waaban Crossing, a bridge spanning the Cataraqui River in Kingston, Ont., recently opened to the public. Also known as the Kingston Third Crossing, it provides a vital transportation link between the city and the surrounding area—and is the largest infrastructure ever undertaken by the municipality.

The 1.2-km long cable-stayed bridge (pictured above during construction), with a main span of 330 m, includes lanes for traffic and public transit and paths for pedestrians and cyclists. It is expected to serve as a major transportation hub for the region, ease congestion, reduce travel times for commuters and boost the local economy by attracting new businesses and tourism to the area.

The public was invited to a ribbon-cutting ceremony on Dec. 13 to officially celebrate the opening of the bridge.