“The project represents a holistic design and a sophisticated integration of mechanical, acoustic and structural engineering. The building is also significant for its transformation of a condemned historical building and creating an iconic site that has become a catalyst for the re-development of one of the oldest areas in Calgary.” –Jury

From the October/November 2017 print issue of Canadian Consulting Engineer, p. 26 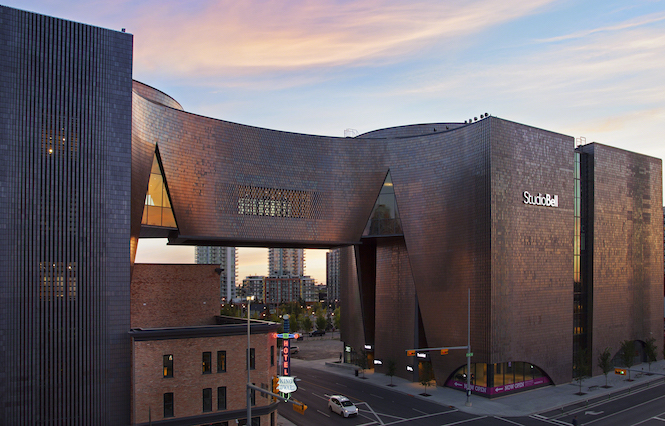 The design of Studio Bell, home of the National Music Centre, was unconventional and required inventive structural and mechanical solutions to achieve the client’s goals. Each discipline’s collaboration and creativity helped to bring Studio Bell to life.

The only facility of its kind in North America, Studio Bell preserves, celebrates and drives Canadian music. It is a museum, performance venue, interactive music education centre, recording studio and broadcast centre.

The building is also a catalyst in re-developing one of the oldest areas in Calgary. Studio Bell’s bridge connecting its east and west towers has created a new and dramatic gateway into the city’s East Village. 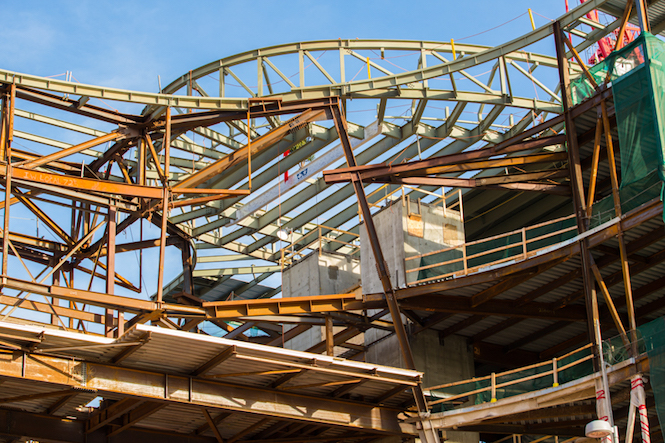 Studio Bell’s complex design posed many challenges. With every surface being curved and/or inclined, structural and mechanical connections were complicated and required significant coordination to deliver the architectural vision.

Building information modeling processes were critical during design and construction. Full building models of the structure provided a picture of how the overall building behaved. A model was also created for all major mechanical rooms, facilitating the coordination of the mechanical systems in the available spaces and the crossing between mechanical and structural components in the narrow spaces connecting the different mechanical rooms. All the mechanical systems were designed to be visually minimalistic, unobtrusive, quiet and coherent with the design of the building. 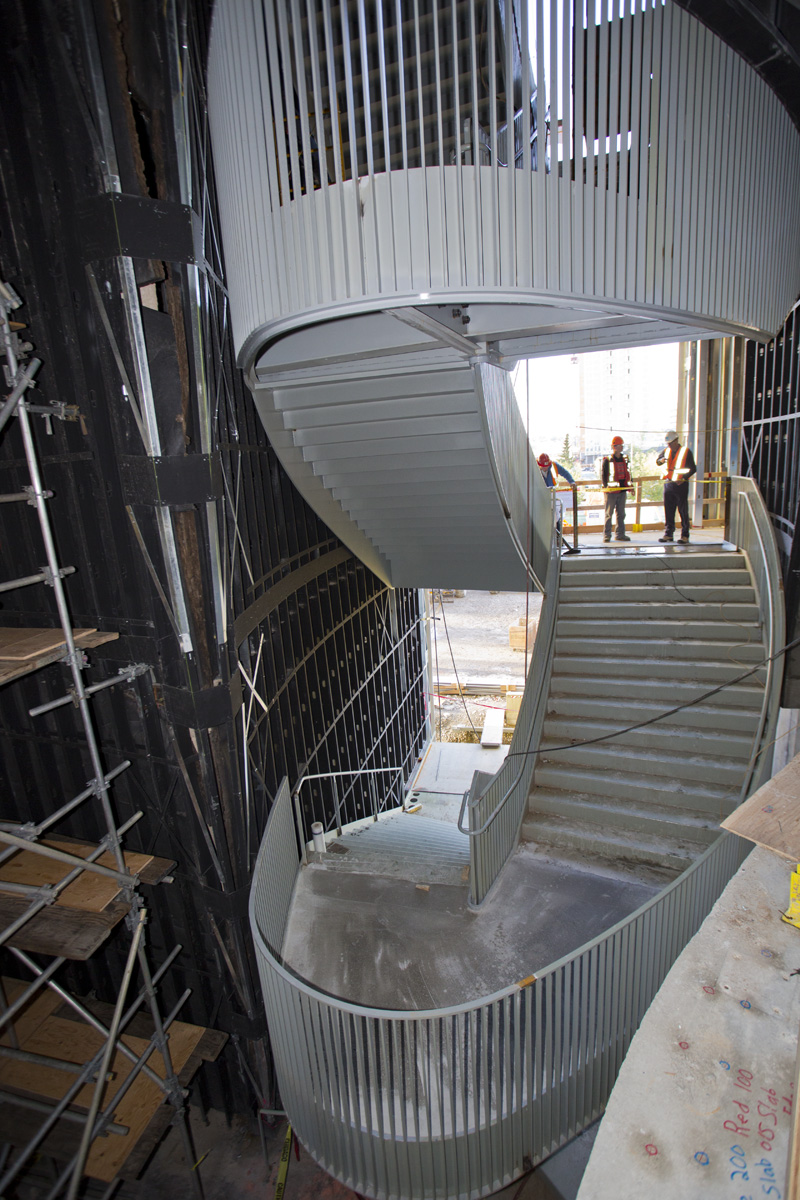 The stairs in the east building—a key architectural feature—open and curve like much of the building. They are supported at each floor level by mini bridges. Each stair run features an intermediate landing extending into the interstitial space, but without support, creating the impression of a floating landing.

The design included six towers as separate gallery spaces linked together by interior bridges at each floor, so patrons can look from the main floor and see the roof and skylights of the six-storey building.

Structural support for the Enormadome, along with the roof area in its interior, was provided by a curved structural steel truss sitting on top of the roof. The truss is supported on the inclined columns of the main building. 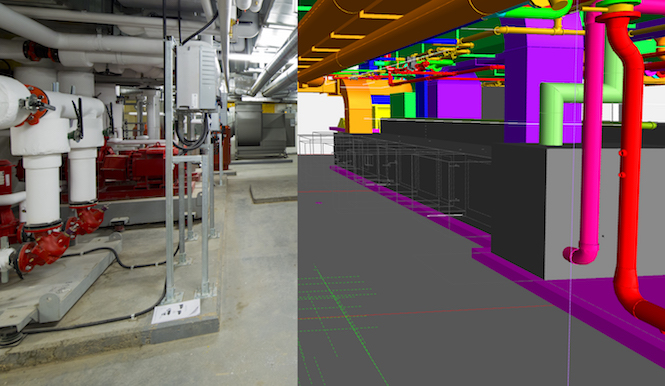 The building’s galleries have precise requirements for maintaining indoor humidity and temperature within museum class AA & A levels—fluctuations need to be within +/- 1-degree C and 5% relative humidity. Stantec designed mechanical systems that consider changes in occupancy and outdoor conditions, ensuring the stringent requirements are met.

Acoustics are key for the recording studios, galleries, and performance spaces. Various strategies used include: low velocity ductwork, silencers, acoustic lining, exterior acoustic lagging, etc. Due to the effective acoustic design, the Noise Criterion (NC) rating achieved by the acoustic design in key areas was as low as NC 15.

Using a free cooling process has allowed for chiller use to be greatly reduced during times with cool outdoor temperatures. Heat recovery and reuse is prevalent across the heating and cooling systems. The precision units used in the galleries are interconnected with the ability to transfer heat from an area of excess to an area of need.

The entire building envelope was modeled to analyze and account for the effects of thermal bridging on the building environmental conditions, especially in the areas requiring precise control. The analysis allowed for optimal sizing and costing of the systems.

Together with the entire team, RJC and Stantec helped to make Studio Bell’s bold vision a reality. 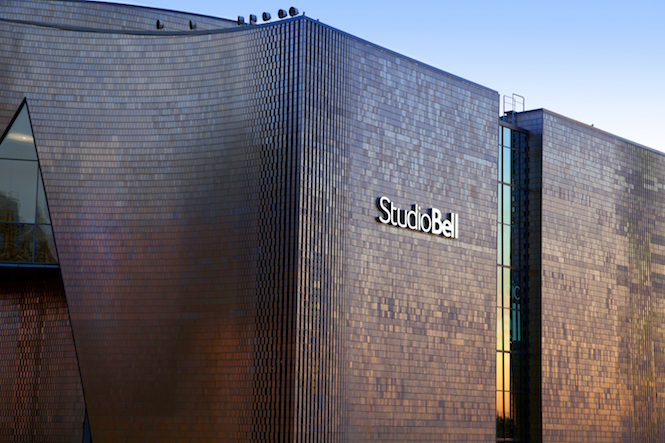