The new wings are constructed of exposed wood structure and ceiling coffers of Douglas fir and framed on a custom-designed glass curtain wall system that pushes the limits of glass innovation. 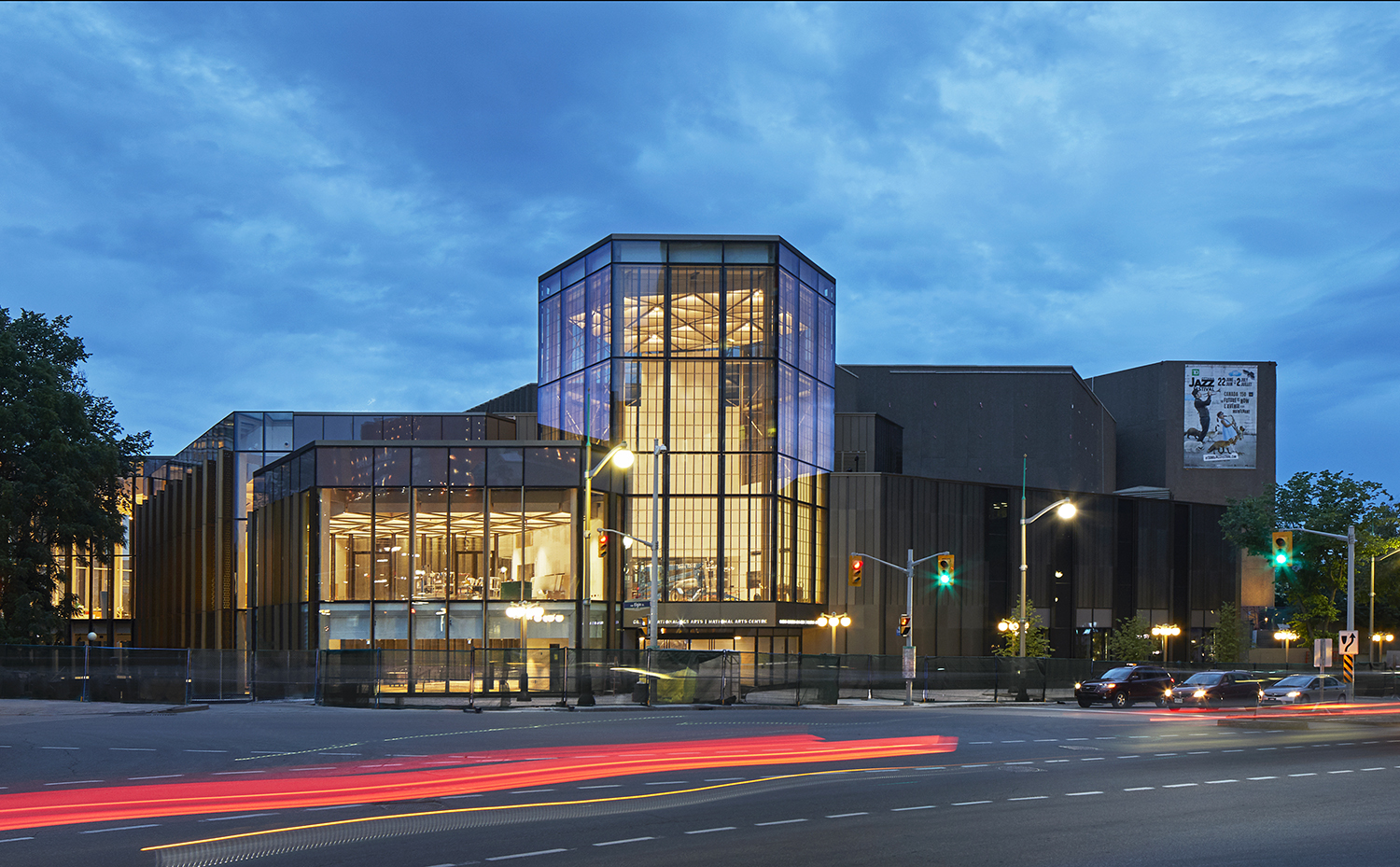 On July 1st, marking Canada’s 150th birthday, the National Arts Centre in Ottawa inaugurated  its new $110 million wing which transforms the Centre for the first time in 50 years.

Diamond Schmitt Architects designed new public spaces and a new entry which, for the first time, connect the NAC to Confederation Square and the Parliamentary Precinct in Ottawa.

The architecture of the new wings stands in contrast to the fortress-like mass of the existing structure. In the 1960’s, the Brutalist building was designed to turn its back on the city and only be accessed by car. In shifting the entry, the design now embraces the city and the pedestrian realm.

The new wings are constructed of exposed wood structure and ceiling coffers of Douglas fir and framed on a custom-designed glass curtain wall system that pushes the limits of glass innovation. 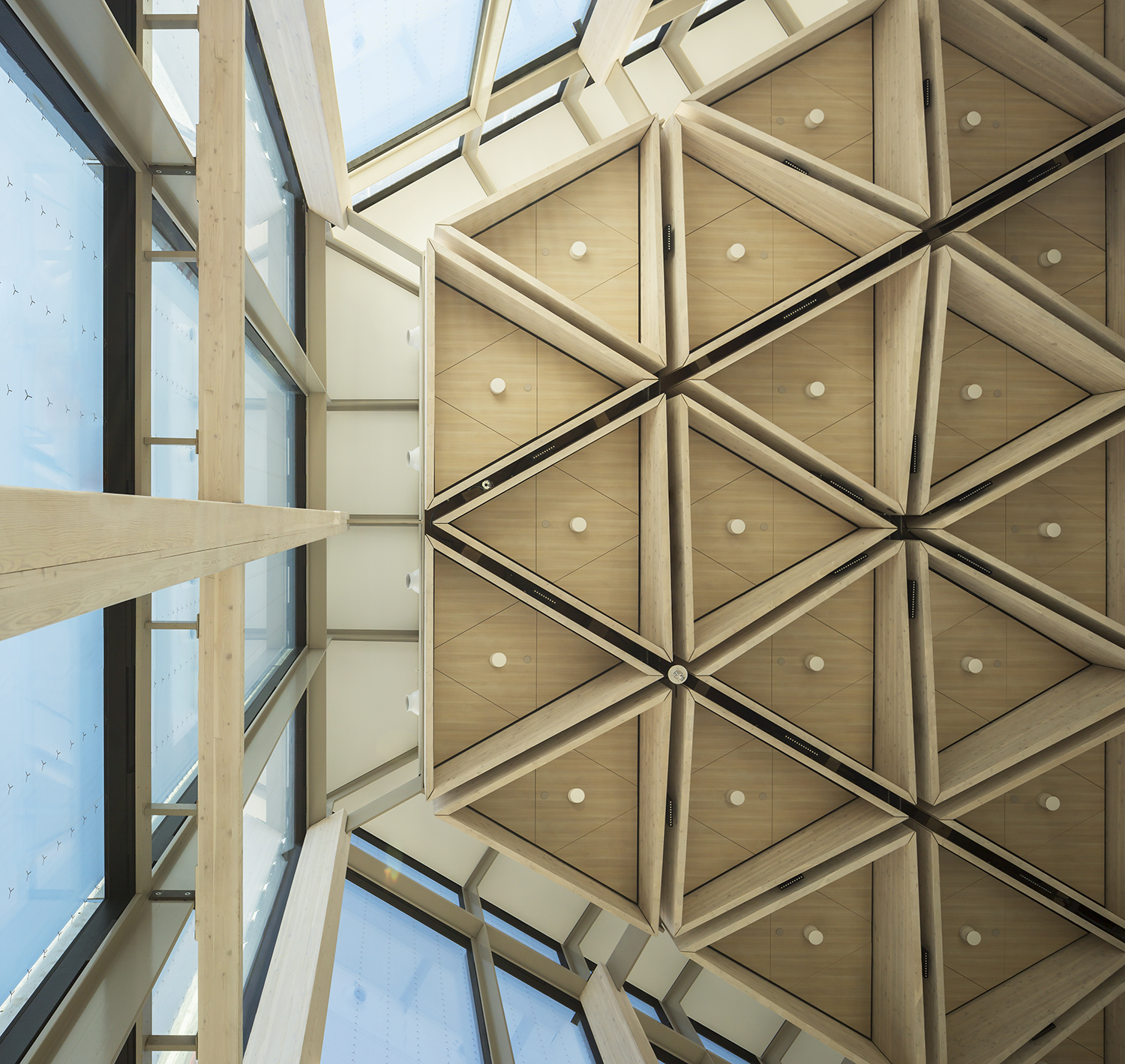 With floors of Ontario limestone, the new lobby is formed as a series of six major spaces, each shaped to support a wide range of program events, and together create a public venue that embraces the adjacent park landscape, the Rideau Canal, Confederation Square, the City and the Parliamentary Precinct.

“The NAC can now support activity throughout the day in light-filled spaces designed to engage the public and become the crossroads for the performing arts community,” said Donald Schmitt, principal, Diamond Schmitt Architects.

The new entry, fronting the City for the first time, is marked by the Kipnis Lantern, a luminous beacon seen from broad vantage points. The Lantern is digitally enabled to live stream artistic production from the NAC as well as from across Canada.

Public space for education, pre-concert gatherings and small concerts occupy the new North Atrium. An upper level Lounge takes in views of Confederation Square and Parliament Hill. A transformed Fourth Stage, which serves as an incubator for theatre and music, will animate the NAC’s presence along Elgin Street in the second phase to be completed in the autumn. 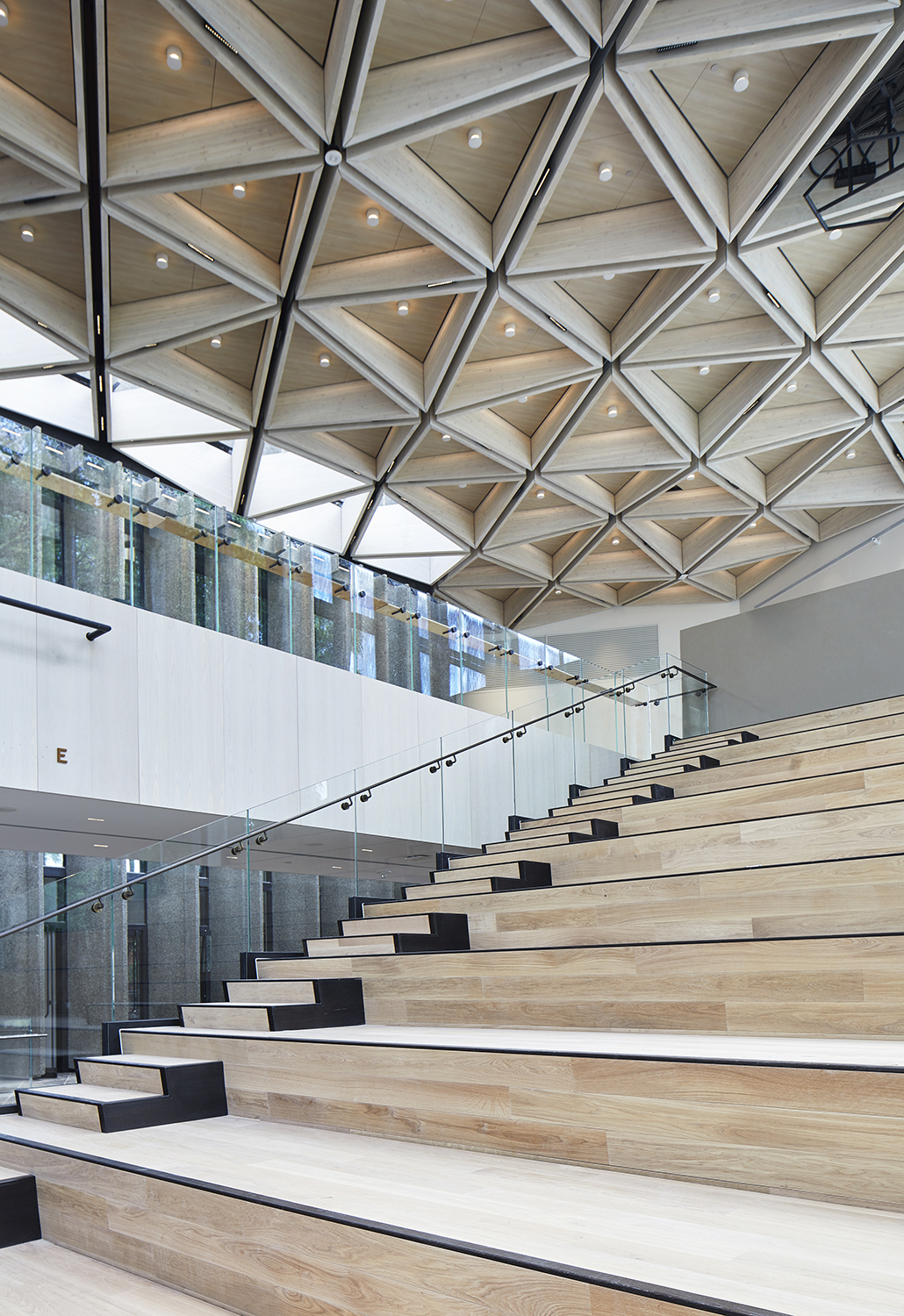 Diamond Schmitt also completed a renovation of the main auditorium. “Southam Hall has been reshaped to achieve significant improvements in acoustics as well as patron comfort. A new orchestra shell and updated production facilities mark the next stage of renewal,” said Jennifer Mallard, senior associate and project architect.

“Thanks to Donald Schmitt’s brilliant design, today the NAC embraces the Nation’s Capital, and emerges from its original concrete structure into an open, transparent and modern public building, to become the living room of the city” said Peter Hernndorf, president and CEO of the National Arts Centre.

Originally completed in the late 1960’s, the NAC is a landmark building with a range of performance and production spaces and has developed a storied history of excellence in the presentation of music, drama and dance from across Canada.