Ronald P. Triffo, P.Eng. is this year's recipient of the Beaubien Award, the highest recognition presented annually by the Association of Consulting Engineers of Canada (ACEC) for individual lifetime ... 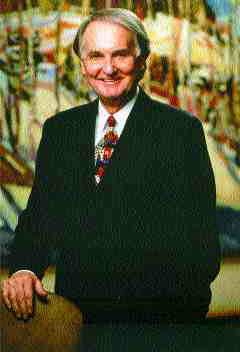 Ronald P. Triffo, P.Eng. is this year’s recipient of the Beaubien Award, the highest recognition presented annually by the Association of Consulting Engineers of Canada (ACEC) for individual lifetime achievements and contributions to the engineering industry and to the Association.

Triffo is Chairman of the Board of Stantec Consulting Ltd. He began his professional career in the public sector, entering the private consulting field in Edmonton, in 1974. His association with Stantec, founded in 1954 by Donald Stanley — a past winner of the Beaubien Award — began in 1977. In 1983, he was appointed President of Stanley Associates. When Stanley Technology Group Inc. came into being in 1989, he became its first President and CEO, assuming the chairmanship of the Board in 1998.

For more than 25 years, Mr. Triffo has distinguished himself as a dedicated champion of the engineering profession in Canada and abroad. Through his contributions as a business leader he has helped promote the role of the engineer to a much larger constituency, always focusing on the growth and safety of communities — a fundamental principle of the Canadian engineering profession. He has also helped advance Canadian design excellence on a global scale.

Mr. Triffo is a Past President of the Consulting Engineers of Alberta (1982-83) and ACEC (1987-88), and a past member of the Executive Committee of the International Federation of Consulting Engineers (FIDIC). He is also a Fellow of the Canadian Academy of Engineering and was honoured in 1997 as Alberta Venture magazine’s inaugural Business Person of the Year.