The City of Toronto is launching a project to transform organic waste biogas into fuel that can power its collection trucks. 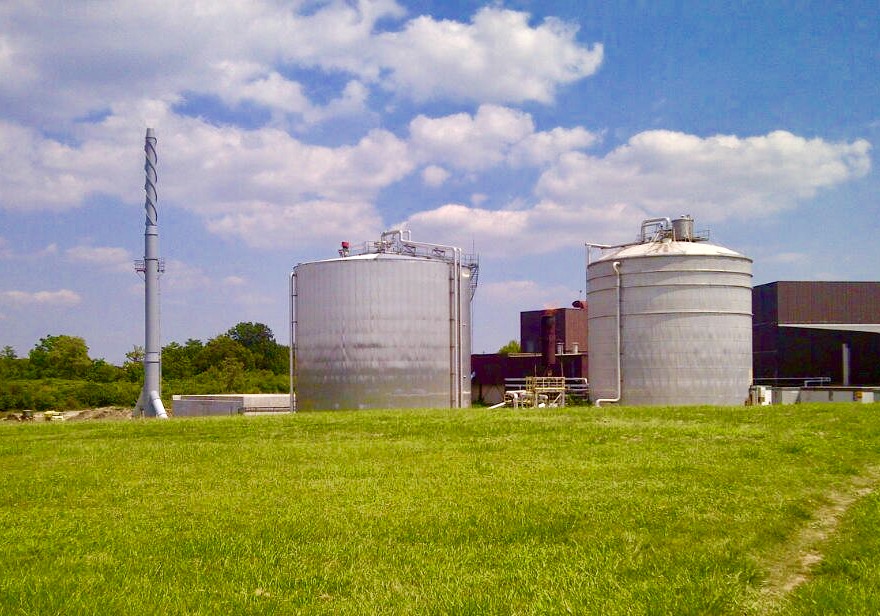 Turning curbside organic waste into fuel to power the very trucks that collect that waste is the closed-loop renewable energy initiative being launched by the City of Toronto.

In a partnership with Enbridge Gas Distribution, the City’s Dufferin solid waste management facility is being enhanced with a new bio-methane upgrading system to turn the biogas generated from the plant’s anaerobic digestion (AD) process into renewable natural gas (RNG) that can be fed into the pipeline network.

Toronto’s Dufferin anaerobic digestion facility first started as a pilot in the early 2000’s, launching around the same time as the City’s green bin program for diverting of organic material from the solid waste stream. Initially built to handle 25,000 tons/year, the facility is now being upgraded to take in 55,000 tons/year of organic waste. The City also opened a larger AD plant (the Disco Road facility) in 2014 able to handle up to 75,000 tons/yr.

“We built the anaerobic digestors for the purpose of treating the green bin waste and breaking it down to make a useful compost product [digestate], the biogas component is a happy by-product,” explains Neil MacDonald, Manager of Capital Delivery for Solid Waste Management Services with the City of Toronto.

MacDonald has been working in the field of solid waste management for over 30 years, both as a consultant and with municipalities. The majority of his experience has been focused on landfill gas collection/utilization and now organics processing and biogas.

Toronto has been capturing its landfill gases for decades and has developed electricity-generating projects from landfill gas dating as far back as the late 1980s. Those projects have all come to an end.

As market demand for renewable electricity has waned, the City has explored alternative solutions for capitalizing on the green energy potential of its waste gas by-products, including RNG production.

Consulting engineering firm GHD performed an evaluation of the City’s RNG production potential at five solid waste management sites. Of the five, four were deemed viable to proceed to the next step (Dufferin and Disco Road organics processing facilities, along with its Green Lane and Keele Valley landfill sites).

For perspective on captured gas volumes, the Dufferin site, once it’s commissioned and operating, will be producing roughly 700 m3/hr of biogas. The Disco Road plant currently produces about 950 m3/hr of biogas, with 5% of the biogas is being used in the plant to heat the processes and the buildings, the remaining 95% is flared.

At the City’s Keele Valley landfill (closed since 2002) they are currently capturing approximately 6,800 m3/hr of landfill gas. All of it is being flared. And at its active Green Lane landfill they are capturing around 6,000 m3/hr, all being flared. This site is expected to peak at about 11,000 m3/hr by the time it closes in 2040.

The biogas from an AD process is composed of 60 to 65% methane, the remainder is mostly CO2, while landfill gas is generally made up of between 40 to 50% methane, with higher concentrations of nitrogen and oxygen and other contaminants.

Following the initial RNG evaluations for the various sites, a detailed feasibility study for RNG production at the Dufferin site was completed by GHD, and the project is now going forward.

Enbridge is partnering on the design and construction of the new biogas upgrading equipment and will handle its operation and maintenance for the first 15 years. The gas distribution company had already been working with the City on migrating its fleet of collection trucks away from diesel to compressed natural gas (CNG). 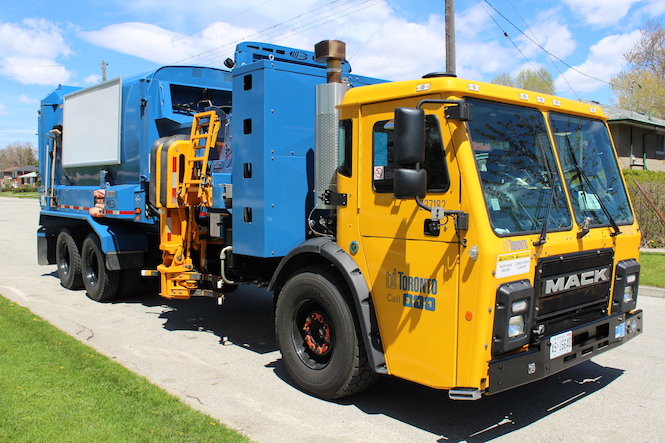 “It provides the City with savings, relative to avoiding the purchase of diesel fuel for vehicles, and it creates a significant greenhouse gas emission reduction—our initial estimates were somewhere in the order of 7,900 tons of CO2e per year’” says MacDonald.

The Dufferin AD plant will be back operating by early 2019, and the first cubic metre of RNG is expected to be produced by summer 2019

“The cool part of this project is that we’re taking the banana peels and carrots that people put at the curb, we’re putting them in trucks, bringing them to our plant, and then we’re processing them and treating them to produce a compost product, but we’re also producing the fuel that then goes back into the trucks that starts the whole process again,” says MacDonald.

“We’re excited about this Dufferin RNG project. We think it’s a great opportunity to partner with Enbridge and we feel financially it’s a great deal for the City, but it’s also environmentally a great deal, with greenhouse gas reductions and the greening of our fleet, which contributes to better air quality.”