Engineering rests on mathematics, but things aren't looking good for future generations because children are not being taught the basic skills. 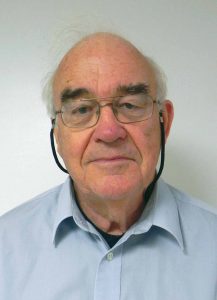 Since an Ontario report recently showed that mathematical skills in schools are dropping — only 50% of Grade 6 students met the provincial standard  — criticism has mounted over how the subject is taught. One person who strongly advocates changes to math curricula is Professor Phil Sullivan, PhD, P.Eng. A retired professor of the Institute for Aerospace Studies at the University of Toronto, Sullivan volunteers with the Professional Engineers of Ontario (PEO) York Chapter and the PEO Education Committee.
CCE talked to Professor Sullivan in late August.

Q. What sparked your concerns about math teaching in schools?
When I started doing volunteer work with the York Region PEO education committee I rapidly became aware of just how bad a lot of the students’ mathematics skills are. Actually, if I back up even further:  the original cause of all of this was disgust at one of my grandson’s Grade 6 textbooks. It was a very expensive textbook and was badly written.
I started reading around the subject, and while I’m certainly not an expert in how to teach children mathematics, I looked at the literature and talked to some colleagues.
Believe it or not, historically in the United States — and I think Ontario followed this pattern — the problem goes back to the Sputniks. When the Russians put a satellite into orbit the Americans were so concerned that U.S. students were being left behind, they introduced the New Math.
But as Richard Askey, a professor of mathematics at the University of Wisconsin, has pointed out, mathematics is like a stool that sits on three legs. In the New Math period the only leg used was the structure of mathematics. That didn’t work. Then the educators adopted the second leg, which is Procedures (computation). However, the level was too low, and good problems and structure were both ignored. That failed badly. Then the U.S. National Council for Teachers of Mathematics focused on Problem Solving. It too has turned out to be false. We’re struggling to try to get out of that third phase where the educators have ignored the fundamental principles and standard computational techniques.

Q. Put simply, children are not learning their multiplication tables, and not learning to do calculations in their own heads? Is that part of the problem?
They’re being allowed among other things to develop their own techniques to add, subtract, multiply and divide. Basically the use of the standard techniques that we learned in schools during the 1950s and 60s have been downplayed. Another problem is an excessive allowance of the use of calculators.
An added complication is that there is a huge distinction to be made between mathematics educators and mathematicians. It is the mathematics educators who are controlling the textbooks.

Q. Do you have any perspective of how poor mathematical skills in schools might be affecting students entering university to go into engineering?
It’s been shown that by the end of Grade 6 children’s abilities to do basic arithmetic and work with fractions is a useful predictor of how well they will do in the later subjects like geometry and algebra. The fundamental problem is that they have to get to the point where — the phase is automaticity —where they can do without thinking some basic adding, subtracting, multiplying and dividing. If they haven’t got to that point where it’s automatic, they’re going to do very badly in the following years in geometry and algebra and the related subjects.
Mathematics is a subject which is highly structured, in the sense that if you don’t understand the basics, you are not going to get anywhere with the more advanced aspects.

Related Stories
How will the children become engineers?
Adding it all up – girls are as good as boys at math
Why engineering students might quit
Spacecraft and math contests designed to allure the young