Of federal budgets and the “National Health”

Over the past 10 to 15 years, governments have typically given low priority to the upgrading of infrastructure such as roads, wastewater management and natural hazard controls, opting instead for "Ban... 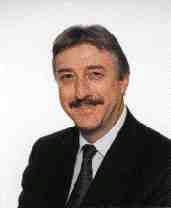 Over the past 10 to 15 years, governments have typically given low priority to the upgrading of infrastructure such as roads, wastewater management and natural hazard controls, opting instead for “Band-Aid” solutions most often implemented as a result of politics, public pressure or tragedy.

It is interesting to note then that the 1999 Federal Budget was billed as the “Health Care Budget,” yet little was earmarked for infrastructure rehabilitation and renewal. Indeed, restoring health care funding to pre-1995 levels is commendable. Yet, the government again missed an opportunity to show that it understands the causal relationship between the quality of infrastructure and its impact on the health care system, among others.

At the 1998 ACEC Government Days, the infrastructure investment argument was amply supported by presentations from watchdog organizations whose data illustrated an alarming future for the health of Canadians and our economy. As professionals whose prime responsibility is the health and safety of the community, we are in a unique position to comment on infrastructure issues. Through public discussion, the true fiscal costs of inadequate highways and municipal infrastructure should be clearer to both the general public and elected officials.

Nothing short of a permanent national program will help to alleviate our current infrastructure deficit, pegged at some $60 billion. Good infrastructure is a question of good governance; it results in a healthy environment, safe communities and a strong economy. These are stated priorities of all levels of government nationwide.

A campaign by ACEC to drive home these points is well under way to ensure that the key priorities of the federal government’s first budget of the new millennium includes funding for a permanent national infrastructure program.

ACEC has compiled a list of the budget items of interest to consulting engineers, which was broadcast in the association’s newsletter in February. The text can be browsed or downloaded from the ACEC web site after following the links from the home page.