Yep, this is more media hype about the Millennium. And I'm not apologizing for it, although Norman Ball almost does on page 32 where he reflects on Canadian engineering in the past century. It is true... 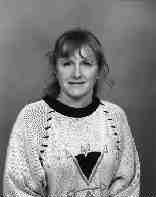 Yep, this is more media hype about the Millennium. And I’m not apologizing for it, although Norman Ball almost does on page 32 where he reflects on Canadian engineering in the past century. It is true that in one sense the turning of the calendar to 2000 is just an arbitrary event, akin to watching the odometer in the car change to a row of zeros. Many people feel it does not warrant much more notice or excitement.

On the other hand the year 2000 is a symbolic watershed, a mark in time that will always register at some level on the radar screen of our lives. Here in North America all that we’ve been worrying about is the Y2K problem and how computers will perform. Europeans, on the other hand, being more culturally unified and conscious of history, are busy building and restoring monuments and organizing huge parties to celebrate the big calendar date. We should also not forget that for millions of Christians around the world the coming year marks an anniversary of great significance.

So Canadian Consulting Engineer is going to make a big deal about the Millennium. Like the Roman god Janus, god of the threshold which inspired this month’s cover, we look both ways. We devote this December issue to a look back over the 20th century, and in January-February we shall look forward to what the future of technology might bring. We are using the occasion to take stock of where we have been, where we are going, and perhaps most importantly, why we are going there.

At the beginning of this century technology promised a brave new world. In many ways that vision came true. Largely thanks to engineers, vastly more people today have clean water at the twist of a tap, live in comfortably heated or cooled homes and enjoy the freedom of high speed travel in relative comfort and safety. But this physical progress has not come without a stiff environmental price.

Worst of all, the benefits of technology have by no means been evenly distributed. Millions in the developing world live and die young in miserable conditions, dwelling in shanty towns with no sewers, clean water or power, treated in hospitals and clinics with mud floors. Of course the causes are more political than technological, but that isn’t always a good enough excuse. Western engineering firms have, for example, been known to go into developing countries and sell them sophisticated equipment and installations they could never hope to maintain. The dam or sewage plant soon fails, leaving the inhabitants with a debt they can never repay.

One of the big Millennium causes being pushed by churches around the world is for the G7 countries to forgive developing countries their mountain of debt. Between 1981 and 1997 impoverished countries repaid more than U.S. $2.9 trillion in interest to the West, double the amount they received in new loans. “Jubilee 2000” is a movement to persuade governments to wipe the slate clean. So far 17 million have signed its petition (www.web.net/~jubilee). Supporting the movement gives everyone a chance to start afresh. It would lend real meaning to the words “Let auld acquaintance be forgot” this special New Year’s Eve.Bronwen Ledger