There are risks that should be taken into consideration. 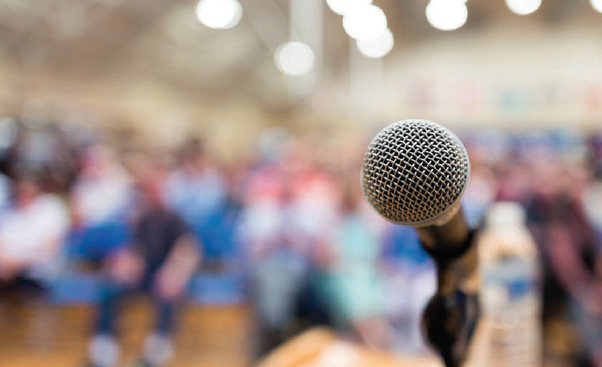 Large infrastructure projects are often subject to at least some level of public engagement, which helps demonstrate accountability and legitimacy in their development and design. A transparent engagement process also helps manage people’s expectations.

Consultants may be retained to provide services in relation to public engagement for infrastructure projects. There are potential risks and considerations.

A consultant’s involvement in the public engagement process may include:

Failure by the consultant to properly fulfil any of these duties could result in a lack of meaningful public consideration, extensive public opposition to the project, delays in project approvals and/or errors in design causing loss or damage.

The question arises as to what extent a consultant may be legally liable for such errors.

Most claims against consultants will are based upon either breach of contract or tort (i.e. negligence or negligent misrepresentation).

Whether the consultant is in breach of contract is fact-specific, depending upon the particular terms of the contract. Consultants should know if the contract or request for proposals (RFP) contains an indemnity provision. The following example is from an RFP for consulting services issued by a town for an urban waterfront renewal project:

“The successful respondent, its officers, agents or employees and if applicable all subcontractors shall at all times indemnify and save harmless the town from and against any and all manner of claims, demands, losses, costs, charges, actions and other proceedings whatsoever made or brought against, suffered by, or imposed on the town in respect of any loss, damage or injury to any person or property directly or indirectly arising out of, resulting from, or sustained, as a result of this agreement, provision of services or any operations connected therewith caused by or resulting from the negligent or wilful acts or omissions of the Successful Respondent, its officers, agents or employees or if applicable its sub-contractors.”

This particular provision is triggered by allegations of negligence or breach of contract relating to willful acts or omissions. If possible, consultants should generally avoid agreeing to such broad indemnity provisions.

Another question arises as to whether the consultant owes a duty of care in tort to the public at large in the course of providing professional services relating to public engagement for an infrastructure project. Consider a situation where the consultant provided inaccurate information about environmental safety, which resulted in public approval of a project; subsequently, an incident causes significant damage to natural resources (e.g. contaminating a water source). Could a member of the public sue the consultant for negligence and resultant damages? Does the engineer owe a duty of care to the public at large? So far, Canadian courts have not squarely addressed these issues.

The code of ethics governing engineers in most Canadian jurisdictions contains a provision requiring registrants to “hold paramount the safety, health and welfare of the public and the protection of the environment.” The law, meanwhile, has long recognized a duty on a person engaging in an activity to take reasonable steps to prevent physical harm to others from that activity. In 2009, in Lovely v. Kamloops (City), the British Columbia Supreme Court (BCSC) held that an engineer has a “paramount professional duty to ensure public safety in all designs signed and sealed by a professional engineer.”

A consultant involved in the public engagement process for infrastructure projects will owe a duty of care to their client and, potentially, end users of the project who are foreseeable and in a reasonably proximate relationship with the consultant. However, whether a duty of care exists—and the scope and extent of such duty—ultimately comes down to the particular facts of the case.

The engineer’s duty of care must still remain tethered to his/her contractual retainer and professional obligations. In the example given above, assuming the engineer’s negligence caused loss and damage to a natural resource, giving rise to a claim by a concerned citizen not directly affected by the loss, an argument could be made that the requisite proximate relationship does not exist to give rise to a duty of care or that liability should be refused on the grounds of residual policy considerations. Courts guard against the spectre of “liability in an indeterminate amount for an indeterminate time to an indeterminate class,” as Justice Cardozo put it in the U.S. tort law case Ultramares Corporation v. Touche in 1931.

We asked readers the following question and here’s how they responded.

Q: How has your experience been with public engagement for infrastructure projects?

Neither positive nor negative: 7%

Given the size of many infrastructure projects, common problems include delays and cost overruns. Proper risk management in this regard includes carefully prepared, contemporaneously maintained documentation. Consultants should provide adequate contingencies to account for design changes in projects’ early stages. Timely responses to stakeholders can also assist in mitigating potential issues.

In some ways, a consultant’s retainer for the public engagement process relating to infrastructure projects is no different from any typical project. The consultant is still required to apply the correct engineering principles, provide sound professional advice and design to meet all relevant industry standards, bylaws and statutory and legislative requirements. Failure to do so may result in liability for the consultant in breach of contract and/or tort.

Whether an aggrieved member of the public can claim against the consultant for negligence in the public engagement process or damages resulting from the project is an issue that has not yet been addressed in Canadian law. The prospects of such a claim succeeding appear remote, but that does not mean such a claim will never be made and, of course, the ultimate success of any such claim will turn on its own particular facts.

Karen L. Weslowski is a partner with Miller Thomson LLP in Vancouver. This column originally appeared in the March/April 2021 issue of Canadian Consulting Engineer.