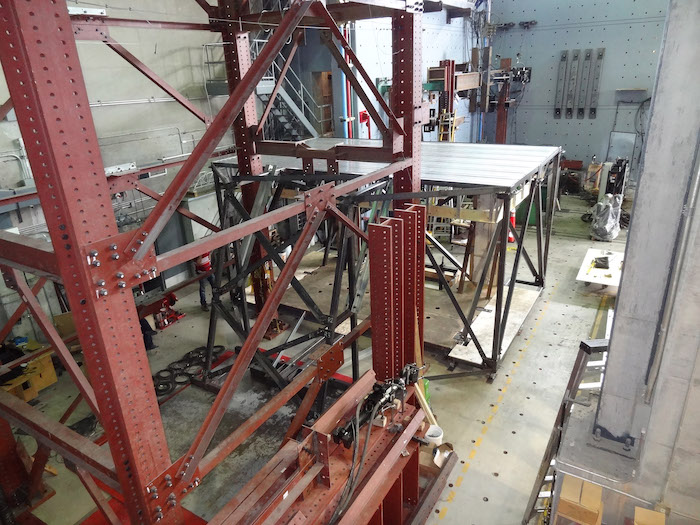 Building codes ensuring structural integrity during seismic events have been in place in Canada and the U.S. since the early 20th century. First came the U.S. publication of provisions for simple lateral design, included as a voluntary appendix in the 1927 Uniform Building Code (UBC). In 1941, the initiation of the National Building Code of Canada (NBCC) also contained seismic provisions, mirroring those of the 1935 UBC.

Later editions expanded the initial scope. The 1953 NBCC, for example, featured seismic zoning maps for the first time. These divided Canada into four major zones, based on historic precedence:

– Northern (the most active, with approximately 59% of Canada’s earthquakes).

Maps introduced in the 1970s further refined seismic zoning, with numbers on four boundaries indicating accelerations. This approach was changed in the mid-1980s with the adaptation of a point source model.

Meanwhile, the NBCC began to move away from the UBC’s approach, starting with its 1965 edition, which introduced provisions tailored to research being conducted at the time.

The onus for OFCs

While these codes were mostly preoccupied with creating a safer environment via non-collapse of essential building elements, they were much slower to adopt provisions for seismic design for non-structural systems. Also referred to as operational and functional components (OFCs), these include mechanical, electrical, plumbing and interior architectural finishes, such as suspended ceiling grids.

In Canada, provisions for the design of OFCs were formally introduced in the 1953 edition of the NBCC. At the time, these were mainly limited to architectural components, with a methodology based on simple static analysis. Seismic force requirements were uniformly applied for both structural and non-structural components.

The 1965 NBCC introduced separate and stricter lateral force requirements for OFCs. Previously, seismic force requirements had been the same for both structural and non-structural components, but this changed with the treatment of OFCs as a separate article within the 1965 code. It also provided an alternative to simple static analysis, with the introduction of dynamic analysis, but stopped short of defining methods.

Further refinements to guidelines for new buildings appeared in subsequent editions. Meanwhile, the Canadian Standards Association’s (CSA’s) standard S832-14, Seismic risk reduction of operational and functional components (OFCs) of buildings, which was reaffirmed in 2019, presents a risk assessment methodology that covers OFCs for both new and existing buildings.

Specifically, it outlines technical details and responsibilities for the design team, more explicit provisions and enhanced categories of elements. For example, its guidelines require a registered professional to identify performance objectives, which includes defining the seismic risk index. A building’s seismic risk index is a function of vulnerability, entailing restraint, potential impact, overturning, location, construction and consequence of failure with respect to life safety.

Even with such developments in code design, the standards are still limited. Canadian codes have neglected certain technical aspects that may affect a building’s continued operation after a seismic event, such as the torsional effect of the primary structure on the OFCs, which is most likely to be amplified in irregular structures. (The uniquely shaped CCTV Tower in Beijing, China, for example, was specifically designed for protection against this effect.)

Further, Canadian building codes do not thoroughly address the urban-scale interdependencies between building supply/outlet interfaces, such as water, telecommunications and electric power, which need to be available for immediate post-earthquake occupancy and functionality. Hospitals, especially, are establishments of civic protection and, as such, according to the CSA standard, must provide continuity of care while ensuring the safety of patients.

This is a particularly worrisome issue, considering many such facilities were built prior to the establishment of modern-day codes that effectively address seismic hazards.

With this in mind, a survey was conducted of Montreal-area building professionals in 2015 in an effort to understand the role of current code provisions—and any insufficiencies—in promoting the post-earthquake functionality of hospitals.

Participants included structural engineers, project managers and architects. From the interviews, it was clear the legal and professional framework of design with respect to OFCs was challenged by the nature of their shared responsibility among these professionals, which cause logistical confusion.

Unaware of any legal oversight, other than following the NBCC, some building professionals assumed their lack of technical knowledge in the field of seismic design abdicated them of any responsibility. In fact, architects and subcontractors are legally responsible for the accuracy of their installations. They would be considered legal entities for enforcement purposes.

Past credible failures of OFCs under seismic duress have laid the groundwork for both (a) increasing awareness of the importance of proper seismic bracing and (b) clarifying the legal framework outlining professionals’ responsibilities.

Further developments will need to focus on effective implementation of safety measures during all phases of design and construction, which continues to be a challenge. Some core aspects of responsibility, enforcement and oversight will need to be refined and streamlined to alleviate perceived procedural bottlenecks.

Effie Bouras, PhD, completed a postdoctoral fellowship in the department of civil engineering and applied mechanics at Montreal’s McGill University. Her advisor for this piece was Ghyslaine McClure, P.Eng.