At Stantec, a specialized group deals with the security needs of clients, headed by Dominic Chevrier. 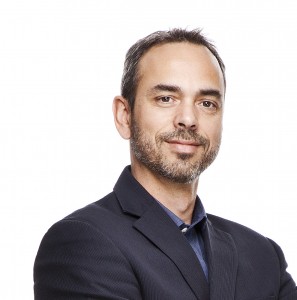 From the August-September 2015 print and digital issue, page 41.

Here’s a scenario. Your client was worried about security, so what did they do? Easy: they installed cameras. One night their fears are realized and they come in the next day to find several computers are missing. They check the video surveillance recording and see masked thieves leaving the building with something under their arms. The video shows the client that they have definitely been robbed. But, as Dominic Chevrier likes to point out, “They knew that already.”
Plenty of corporate and government clients today are worried about security; whether it’s for preventing simple theft or vandalism, industrial espionage or the more extreme acts of terrorism.
At Stantec, Chevrier heads up a team that is embedded within the large engineering firm that is dedicated to serving the physical and technological security needs of clients. Originally trained in electronics and for many years an independent security consultant whose clients included the Sûreté du Québec (Quebec’s provincial police), Chevrier and his Stantec team are mainly based in the Montreal, Toronto and Ottawa areas but work for clients across Canada and other countries.
When it comes to security, says Chevrier, generally people don’t give much thought to what it is they are actually trying to achieve. “They say, ‘I want a camera, two cameras, five cameras and access control at the door.’ If you are an engineer with no knowledge of security you say ‘Okay, I will put it on the drawings.’”
“I ask, ‘Why a camera? Is it for identification? For observation, i.e. detecting movement? What are the assets you are trying to protect? What about your intrusion alarm system?’ When I see from the client’s expression that they haven’t really thought about these issues, then we talk.”
Unfortunately, Chevrier says, the trend in security is too much on cameras and not enough on the real objective which is to protect the assets. Cameras are only one possible tool of a complete security system and program. The protection of assets will be more efficient with the use of a proper intrusion alarm system, some building hardening (delay), and by providing the right response.
The two points he wants clients to consider are the “threat to” and the “threat from.” Simply put: “What is it you are trying to protect, and who are you trying to protect it from?” Failing to start by finding answers to these questions, he says,  is “like designing a bridge without knowing the type and number of vehicles that are going to use the bridge, or designing a building without taking the seismic aspects of the site into consideration.”
Currently Stantec is deeply involved with the security on Parliament Hill, part of the Canadian government’s multi-year renovation program of the Houses of Parliament. The work involves meeting challenges (including terrorists and bomb blasts) that few security consultants need ever worry about. But whether it is developing physical security solutions for the Houses of Parliament, or for a simple, two-story office building (and Chevrier says, “We have done lots of those”), the approach is generally the same: “What is it you are trying to protect, and who are you trying to protect it from?”
In the case of a client concerned with industrial espionage, for example, the special assets you are trying to protect might be a computer hard drive. When protecting human beings — a single political figure or a group of politicians, say — the threat might be an organized group or it might be the classic “lone wolf,” says Chevrier, someone, for example, such as Michael Zehaf-Bibeau who last October almost on impulse entered the Centre Block of the Houses of Parliament armed with a rifle after shooting dead a soldier guarding the War Memorial.

The right tools
Once the client’s needs are clarified, the team can get to work. Take cameras in a casino, for example. The casino needs to be able to zoom in on objects fast, such as croupiers moving chips, so they need a system that provides a very fast refresh of a precise image with a real-time human operator in order to have a chance of detecting an infraction.
Clients also need to understand that the capacity of their IP system will determine the security systems they can install. “Assume a 720p camera,” Chevrier says. “If they want to record with six cameras, for 31 days, 5 to 8 frames per second, they’ll need around a terabyte for each camera. It’s rare that they realize that.”
More complex security challenges might require a video management system or an integrated access control system. These are sophisticated software programs that tie together entrances, access points and cameras. “A system might have 200-300 cameras,” says Chevrier. “Normally a human cannot be efficient continuously watching a large number of cameras. The security system should do most of the work for them. It monitors the overall working of the system by informing the client if anything is wrong, and if a security incident is detected it calls up the camera that they need when they need it. So they don’t need to try to watch all the cameras all the time.”
Detection (“How you find out you have a problem”) combines with deterrence (“What you can put in place”). These measures may require controlled access points, reinforced doors and other building hardening techniques, even bollards or concrete planters. Delay techniques depend again on the type of situation. You may not only want to make it hard for the threat to get in, but also delay the threat from getting away in order to have sufficient time to respond.
For a standard situation such as a two or four storey office building, says Chevrier, “it starts with the ground floor. If you secure efficiently what is accessible from the ground, then the work becomes easier on the floors above. Always remember that a building, floor or even a single room has normally six sides to be consider.”
In some cases, a client may have to accept certain limitations. The example he gives is a government office in New York City. They unfortunately rented space on a crossover floor, the location where fire exits from stairways must be unlocked during a fire alarm, which would allow outsiders then to get into their space. A security expert would have advised them to select another floor.

Multi-disciplinary advantages
There are many specialist and independent security experts in Canada. Chevrier himself was one for many years. They can certainly tell a client what is wrong, but he says these specialized consultants “do not have the means to move forward with engineering services.”
When responding to a request for proposal or creating design plans, Chevrier’s group can call on the other engineers at Stantec to help and they work together. Citing some recent projects, he explains:
“The structural engineering department helps our group with blast resistance or stopping brute force.” Civil engineering has provided “drainage systems for bollards and underground vehicle loop detection.” The people in mechanical engineering have helped develop independent HVAC systems when these needed to be installed in a building’s scanning and screening areas; if a package comes in filled with ricin or another toxin, it has to be stopped from spreading through the rest of the building via the ventilation.
Stantec’s telecommunications engineering department develops the network requirements for the security systems and works out the redundancy requirements for ongoing needs. And the architecture department has helped with designing entrances that incorporate security measures: “strong enough to resist brute force and not ugly to look at.” Chevrier’s group provides the necessary drawings and technical specifications to help counter the security challenges, bringing the project, he says, “to another level.”
In turn, all these departments call on Chevrier’s group when they face security challenges in their projects.
The goal is always to provide the right security for a client at a viable cost. “Clients will sometimes trade off features,” Chevrier says, but if nothing else, “at least they have thought about the issues.”     cce

Ian Coutts is a freelance writer based in Kingston, Ont.