The design efficiency of the $940-million John Hart Generating Station Replacement project near Campbell River on Vancouver Island will play a critical role in the payback for whichever winning team is selected to do the... 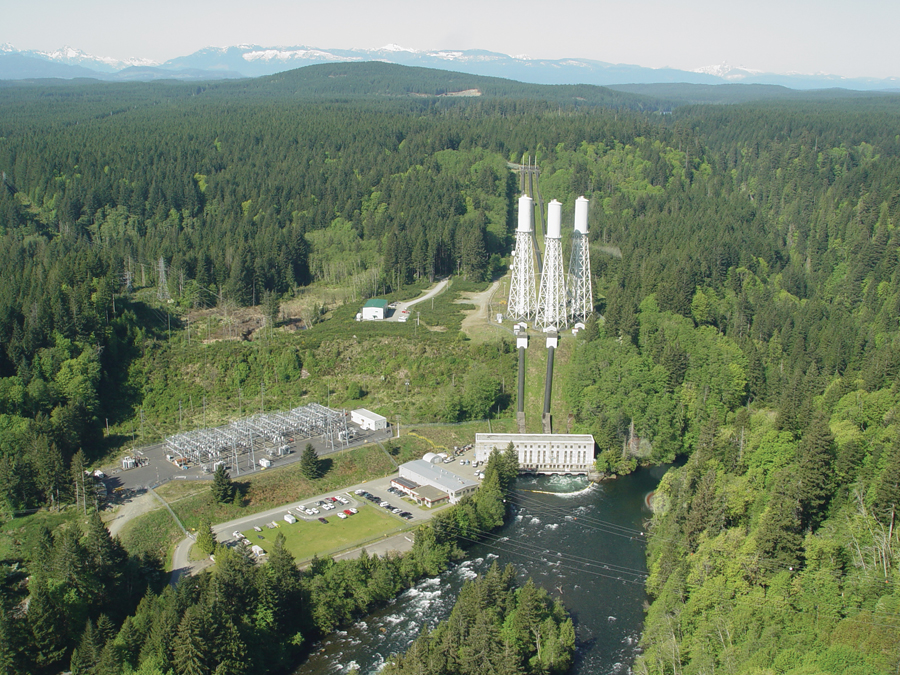 The design efficiency of the $940-million John Hart Generating Station Replacement project near Campbell River on Vancouver Island will play a critical role in the payback for whichever winning team is selected to do the design-bid-build-rehabilitation (DBBR) project for BC Hydro.

Under the terms of the DBBR project, the successful team – to be chosen by late summer 2013 – will shoulder the bulk of the financial cost. “We will supply 40 per cent of the financing,” says BC Hydro spokesperson Stephen Watson. The other 60 per cent will be repaid over a 15-year period to the selected DBBR consortium. Like many private public partnership-type deals, payment hinges upon certain performance standards. BC Hydro employees will maintain and operate the facility.

“This is the first time we have carried out this type of procurement model,” says Watson, adding that Partnerships BC is helping with the procurement process. Since BC Hydro has modified the P3 model it is not terming it a P3 project.

Private-public partnerships are becoming increasingly complex and varied with no one model existing today, says Keith Sashaw, president of the Association of Consulting Engineering Companies-B.C. “This sounds like a variation on a theme.”

BC Hydro’s engineers and legal staff determined the performance standards that have to be met, explains Watson, but they had support from private consulting engineering firms. Hemmera served as environmental consultants while Golder Associates provided geo-technical support.

The winning DBBR team will also have the distinction of undertaking the largest capital project, by dollar value, that the power corporation has submitted to date for approval to the BC Utilities Commission.

Bringing it up to standard

The generating station is located at the head of the Canyon View Trail, a six-kilometre canyon hike that draws 75,000 trekkers annually. The Campbell River system is a popular camping, fishing, and picnic area, while the BC Hydro area shoulders onto Elk Falls Provincial Park.

The 750-metre long dam and the reservoir are located two kilometres west of the generating station. The dam is an earthfill construction with a concrete spillway and intake.

The replacement project will bring the generating station site up to new seismic standards, replace the six 21 MW units that have combined capacity of 126 MW but are operating at 121 MW and declining, and ensure there is adequate water flow into the Campbell River, an important salmon river. The Hart, Strathcona and Ladore stations on the Campbell River system together generate about 10-20% of the electricity demand for Vancouver Island.

The first component of the project is the water conveyance system. It will replace the existing three 1.8-kilometre long pipelines that run between the dam and the station with a single 2.1 kilometre, 6.5-8 metre diameter tunnel.

Watson says that the decision to replace the three above-ground pipelines with an underground tunnel was made after the financial cost of upgrading the pipelines to seismic standards matched the cost of boring a tunnel. “The pipelines are sitting on soils that would liquefy in an earthquake,” he says. “It was a better alternative to go through rock.”

The new intake will be located at the dam’s concrete spillway area and directed down 60-metres into bedrock where it joins the tunnel carrying water back to the generating station. The intake is 300 metres from the existing pipes. Watson says the relocation of the intake to the spillway area was because this area of the dam sits on bedrock, whereas the rest of the dam has soils to penetrate before hitting bedrock. “There is no exposed bedrock anywhere else. It was the logical place,” he says. The 60-metre drop in elevation will help water flow back to the generating station.

The existing surge towers could be retained or removed, depending on the water conveyance design for the tunnel.

The second component of the project is a new, three-unit powerhouse with a combined generating capacity of about 128 MW. Through equipment efficiencies BC Hydro expects to get an increase in annual power output from the generating station of just over 7 per cent.

A new water flow bypass facility will be installed beside the new station to quickly switch over the water flow and continue to feed into the fish-bearing Campbell River in the event of a unit shut down. The old facility will continue operating until construction is completed in 2017 and it is decommissioned.

Teams in the running

Originally eight teams came forward but a short list of three teams is in the final running for the contract. “We have provided a reference case design,” says Watson, adding that it basically sets out through a project agreement the standards that the provincial power body wants met. The final design on how to achieve the standards is left to the consortiums vying for the contract.

To drill or TBM?

BC Hydro’s senior project engineer Kathy Groves, P.Eng. says the project does hold challenges but they are not considered major obstacles, especially to engineering and construction companies that are used to working on an international scale.

“One of the challenges is the tunnel,” she says. It will be up to the successful team to determine whether they proceed using a tunnel boring machine or a drill and blast system, Groves says.

Geo-technical information indicates no problems with the rock for tunneling but costs may play a role in determining how it is built. “It is expensive to bring in a tunneling machine for a short tunnel,” Watson says. Also, if either drilling or blasting is chosen the vibrations must be kept to a minimum so as not to impact the pipelines above. “We can’t have significant vibrations under the pipeline or at the existing generating station that cause it to go off-line,” he says.

The intake will also demand an engineering solution. “The new intake for the facility has to be implemented without a draw down on the reservoir,” says Groves. The current pipeline intakes are “very shallow” and the new intake 300 metres away will be located at a deeper level. “We are still going to have to operate the existing dam,” she says.

That could mean providing either a cofferdam or bulkhead to de-water the area to allow for the construction of the new intake. The reservoir then could be kept at the same level.

The BC Hydro reference design has the new generating station built beside the existing station – although the winning design may site it elsewhere. The contract also calls for removing the old generating station and intake pipes, and plugging the intake holes in the dam.

Watson says that after the DBBR team is chosen in late summer 2013, construction should begin soon after. The Campbell River Chamber of Commerce has provided a directory listing for suppliers.cce

Jean Sorensen is a freelance writer based in Vancouver.