The government of Manitoba has issued a licence to proceed immediately with the construction of the massive Keeyask dam and generating project in the northern part of the province. 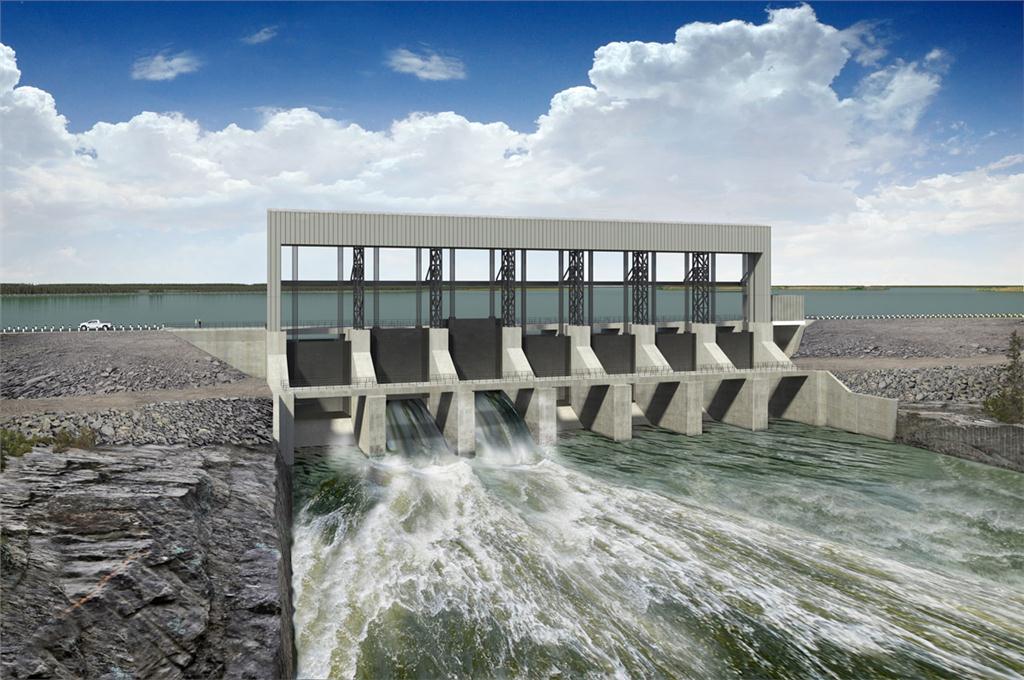 The government of Manitoba has issued a licence to proceed immediately with the construction of the massive Keeyask dam and generating project in the northern part of the province.

The province accepted the recommendations of an independent Clean Environment Commission to issue the licence on July 2. However, the licence is subject to “more conditions than have ever been attached to a licence of this kind.”

The 695-MW hydroelectric project is to be constructed at Gull Rapids on the lower Nelson River, approximately 180 kilometres northeast of Thompson.

The project includes a powerhouse, spillway, dams, dykes, a reservoir and supporting infrastructure. There will be a series of three earthfill dams across the Gull rapids, with a height ranging from 19.5 to 28 metres high. The transmission lines will include three 35-kilometre lines in a single corridor from Keeyask to the existing Radisson Converter Station near Gillam, Manitoba.

The Minister of Conservation and Water Stewardship, Gord Mackintosh, noted that the decision to move ahead with the project was based on the most extensive environmental review in the province’s history for this type of project. Besides the Clean Environment Commission hearings, the project was subjected to the most thorough financial and economic evaluation of an industrial development in Manitoba history by the Public Utilities Board. A Crown-Aboriginal consultation process produced 35 licensing conditions to address community concerns, and there were reviews by Manitoba’s Technical Advisory Committee and an extensive federal review process.

The licence had 165 conditions attached. These included the need to develop high-tech turbines to allow the passage of fish. Plans to protect caribou and other wildlife have to be implemented, and there must be no net loss of “wetlands benefits” and more shoreline protection. There has to be an extensive monitoring program to watch the environmental impacts play out, and programs to measure the impacts on local communities, such as mercury monitoring.

Manitoba Hydro has contracted Hatch to lead the detailed design for the generating station, with support from SNC-Lavalin and KGS engineers.  Manitoba Hydro is responsible for the overall project management. Hatch also helped Manitoba Hydro prepare the extensive planning studies for the Keeyask project, and won a 2014 award from ACEC-Manitoba for that work earlier this year. Hatch’s work that lasted from 1999 to 2013, and involved computer modelling to design the structures and environmental mitigation measures.

In March a partnership between Bechtel Canada, Bernard Construction and EllisDon Civil was contracted to construct the $1.4-billion station. Work on the infrastructure, such as roads and a construction workers’ camp, has already begun.

Manitoba Hydro wants the station up and running by 2019. Minister Mackintosh said the project “marks a significant improvement in the technology and environmental impact of previous generating stations.”

Mackintosh also said the project will be a tool in mitigating climate changing. “A comparable sized natural gas plant would produce as much greenhouse gas in 177 days as the Keeyask Generating Station will produce in 100 years.”

To read the Government of Manitoba press release, click here.