Under the new statute, which is now back in the House of Commons for third and final reading, the federal cabinet and the environment minister retain the power to approve or reject projects regardless of an assessment’s findings, meaning the process will remain highly political. 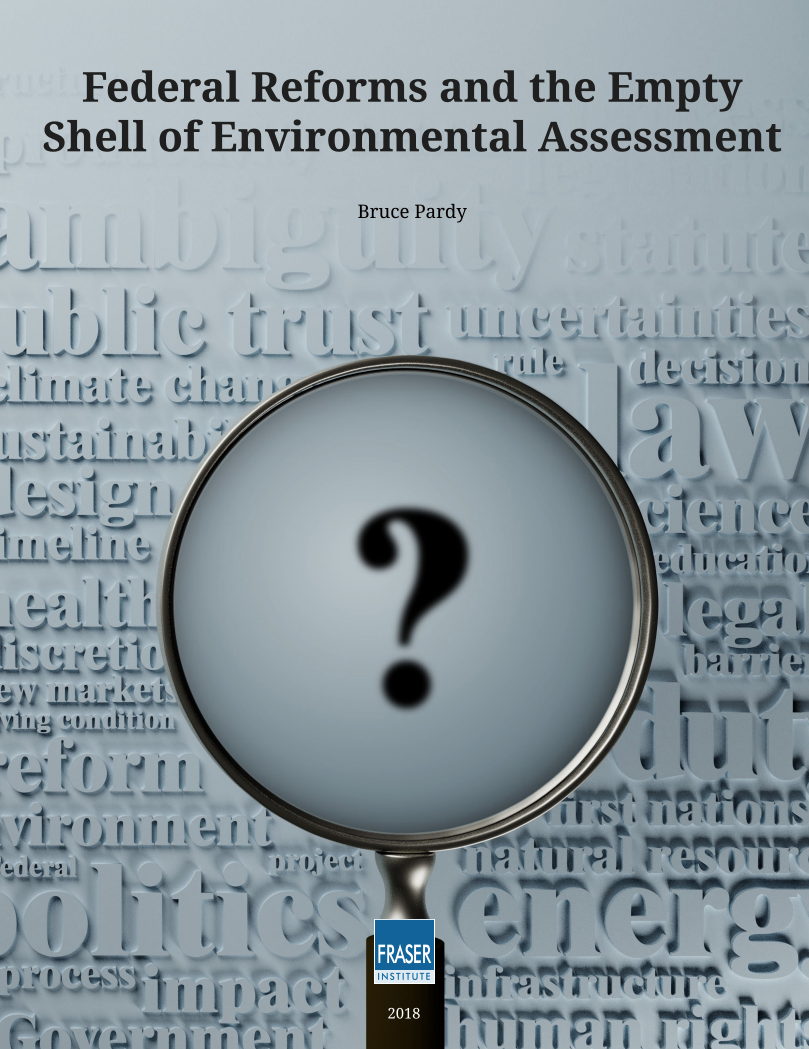 A new report released by the Canadian policy think-tank, the Fraser Institute, claims that environmental assessment has always been arbitrary and political and the federal government’s proposed changes (found in Bill C-69) with do nothing to change that and will increase uncertainty in the project approval process. And a review by the Canadian Environmental Law Association (CELA) suggests the list of projects subject to review be revisited in the new Act.

In a media release, Bruce Pardy, a law professor at Queen’s University and author of Federal Reforms and the Empty Shell of Environmental Assessment published by the Fraser Institute, says: “Environmental assessment has always been an empty shell devoid of substantive rules or standards. At a time when major pipeline projects remain in limbo, the last thing Canada needs is a more arbitrary and politically-driven impact assessment process.”

In February 2018, the federal government introduced Bill C-69, which will replace the Canadian Environmental Assessment Act, 2012 with the Impact Assessment Act.

Under the new statute, which is now back in the House of Commons for third and final reading, the federal cabinet and the environment minister still retain the power to approve or reject projects regardless of an assessment’s findings, meaning the process will remain highly political.

And if passed, Bill C-69 will broaden the factors to be considered in environmental impact assessments of proposed natural resource development projects within federal jurisdiction, such as dams and oil and gas pipelines.

The report argues that the more factors included in impact assessments, the more discretionary the decisions will be.

“Historically, environmental assessment regimes have permitted federal governments of every stripe to make project decisions based on the political winds of the day,” says Pardy in the release.

From CELA’s perspective, the range of projects subject to the new Impact Assessment Act (IAA) should be expanded. “CELA submits that the project listing criteria must be interpreted and applied in a manner that ensures all environmentally significant activities which engage federal decision-making, and which may affect sustainability, are designated by regulation under the IAA. Where there is uncertainty regarding the nature, extent, frequency, mitigability or significance of “effects” associated with a particular activity, then, in accordance with the precautionary principle, the activity should be prescribed by the IAA regulation,” says CELA.