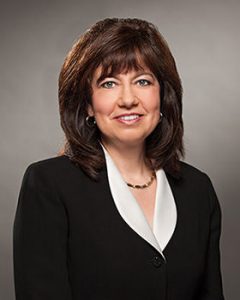 After the Auditor General of Ontario, Bonnie Lysyk, issued strong criticisms of the province’s environmental approvals and assessment processes in her 2016 report, the province has agreed that changes are necessary.

Responding to the report, Glen Murray, Ontario’s Minister of the Environment and Climate Change, said the Ministry is considering expanding the scope of requirements from large projects that have highest risk, “to include any project with the potential for a significant environmental impact.” He also said they may include private sector projects in the regulations.

The government is also working to improve transparency and make it easier for people to participate in the assessment process.

The Auditor General said the province’s 40-year old environmental process needs to be modernized to align with others in Canada and internationally.

She also sharply criticized the government’s record on environmental approvals, saying it had not been proactive in monitoring compliance. She wrote: “About 80% of emitters that have received approvals in the last 15 years have never been inspected by the Ministry, which has minimal information about the risks they pose to the environment and human health. It assumes that they pose minimal risk—but has no evidence to support this assumption.  Ministry inspections of the other 20% of emitters over the last five years found that, on average, between 20% and 47% were violating the conditions of their approvals — thus indicating a need for more frequent inspections. Enforcement actions taken by the Ministry often did not deter repeat offences.”

Murray responded that while Ontario’s approvals process is among the most protective in North America, “the Auditor General rightfully points out that there are circumstances where policies have not necessarily kept pace with the demands of Ontario’s growing economy.”

He continued, “While creating jobs and growing the economy is our top priority, we recognize that there must be stronger mechanisms in place for monitoring and enforcing environmental approvals.”

The Minister also indicated it would be considering requiring more financial assurance from emitting corporations and organizations to cover the future costs of environment mitigation.

A group of environmental advocacy groups issued a statement on December 1 saying they were “encouraged” by the Environmental Minister’s commitment for substantive reforms to modernize the province’s environmental assessment process.

To read a statement from the Auditor General of Ontario, click here.

To read the response of Glen Murray, Ontario Minister of the Environment and Climate Change, click here.

To read a statement from the Canadian Environmental Law Association of December 1, click here.