Stantec reorganizes with acquisition of MWH 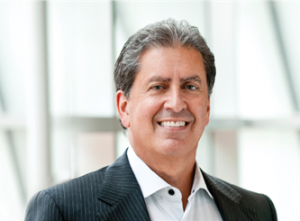 Canada’s three largest engineering companies that are publicly traded — Stantec, SNC-Lavalin and WSP — announced their financial results for the second quarter of this year in early August.

Stantec announced its results for the second quarter of 2016 on August 4, explaining that the results reflected its major acquisition of MWH Global in May.

The acquisition of the Colorado-based  company is Stantec’s largest addition so far. It added 6,800 people to Edmonton-based Stantec, which now has 22,000 people.

On its website MWH says its history dates back to 1820 as the Ames Crosta Company. It was acquired by Biwater Services, a U.K. construction and engineering firm, which in turn was acquired by MWH in 2010. It had 187 offices in 26 countries, specializing in water and natural resources infrastructure.

In announcing its second quarter results, Stantec said the acquisition of MWH, which closed in May, had “added significant gross revenue to many areas of Stantec’s legacy consulting services business and greatly expanded global operations.”

For the 2016 second quarter Stantec reported growth of over 47% in overall gross revenue growth. It had a slightly decreased  gross margin compared to last year for the same quarter (53.6% this year, compared to 54.0% in 2015), which it said was due to the acquisition of the construction services business, “which generates a lower margin than the consulting business.”

The statement noted there had been downward pressure on fees in some sectors. There have also been “execution challenges on certain projects in the buildings business operating unit and the transportation sector.”

In addition, “borrowing required to fund the MWH acquisition resulted in increased interest expense, and a breakage fee was incurred on the renegotiation of new credit facilities.”

Bob Gomes, chief executive officer of Stantec, discussed the acquisition of MWH in a feature interview in the August issue of Canadian Business. He said Stantec had been in conversation with MWH Global since 2006 during the time of his predecessor, Tony Franceschini. He said the $793-million acquisition in May was a competitive process that was  a “very intense” process  and one that “really challenged us to reach decisions more quickly, and that certainly took up a lot of our team’s time.”

Asked what the company’s plans would be going forward from a geographic point of view, Gomes told interviewer Michael McCullough, that about 30% of the company’s business will be in Canada, and about 50% in the United States, leaving about 20% for global activities.”  He also suggested the company’s strategy is to expand in the U.K. and Australia.

A new 66-storey Stantec Tower is under construction in downtown Edmonton and is expected to be completed in 2019. The developer is ICE District Properties, but Stantec will occupy 19 floors.