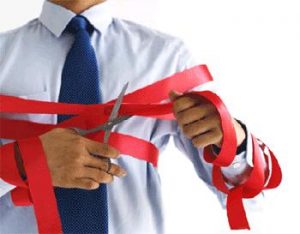 The Ontario government has apparently decided that manufacturers benefit from not having to hire engineers to design and oversee their machinery. On June 8, the government introduced new legislation entitled the Burden Reduction Act, 2016. The government says the legislation, which covers more  than 50 statutes across 11 ministries, is to cut red tape.

But in a press release the province said one of the highlights of its effort is its decision to  maintain the “industrial exception.” The exception is “to give businesses more flexibility in hiring non-engineers to practice engineering in relation to machinery or equipment.” The pertinent section of the Professional Engineers Act is 12(3)(a).

At one point over a year ago the government had intended to eliminate the “exception” but since then it has reversed that decision.

Professional Engineers Ontario said it is “extremely disappointed and concerned by the government’s unwillingness to improve workplace safety. In a press release the association pointed out that ironically the same day it introduced the Burden Reduction Act, the government introduced An Act to proclaim a Workers Day of Mourning. PEO president George Comrie, P.Eng., said: “We simply cannot understand why, under such circumstances, the government would not honour its commitment to the repeal, which would improve worker safety, improve profitability of Ontario manufacturers, bring Ontario in line with other provinces, and ensure work requiring specialized design and problem-solving knowledge is done by professionals with obligations to the public interest – in the guise of reducing red tape.”

“The government has described red tape as regulatory requirements that are ‘unclear, outdated or costly’ and do not protect public interests or promote safety. The repeal of the industrial exception simply does not fit this definition.

“In fact, the repeal:

– would eliminate confusion about engineering activities that have always required a professional engineer and would standardize Ontario with the rest of the provinces;

– is not outdated or redundant, as the currently required Pre-start Health and Safety Reviews under the Occupational Health and Safety Act occur after the design process is completed and serious potential equipment design issues may no longer be evident; and

– is not a costly requirement, as there are potential cost savings to businesses from reducing worker injuries and competitive advantage through innovative design solutions to production problems. PEO estimates that the impact to industry of proclaiming the repeal would be only $1 million to $1.9 million, whereas the value of one life saved is immeasurable.

“The repeal would have been implemented without any expense to taxpayers and little cost to employers, since PEO had committed to offsetting almost half of the licensing fee of anyone required to be newly licensed as a result of the repeal,” Comrie said. “PEO had also put in place a regulation to enable employers to transition over a one-year period.”

“The Ontario government’s troubling decision to reverse its previous commitment to repeal section 12(3)(a) of the PEA leaves a gap in PEO’s ability to regulate acts of engineering and continues to put workers at risk,” said PEO Registrar Gerard McDonald, P.Eng. “Engineers are committed to public safety and are professionally accountable by law for all acts of professional engineering. Not requiring engineers to carry out work in this narrow area is not a red tape reduction. It is a significant missed opportunity to protect the public.”

PEO is committed to working with governments and industry to achieve a stable and prosperous economic future for Ontario, which it continues to believe would be enhanced through the repeal of section 12(3)(a) of the Professional Engineers Act.”