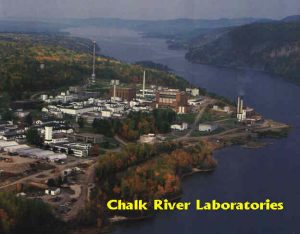 Canadian National Laboratories announced last week that the federal government had committed to provide $800 million over the next five years to transform the buildings and infrastructure at its Chalk River site near Renfrew, Ontario.
Chalk River is a nuclear research facility that dates from the 1950s when it originated as a National Research Council project. The site 180 kilometres northwest of Ottawa does research into nuclear generation technology, especially CANDU technology, but it also produces medical isotopes — approximately half of the North American supply. It employs 3,000 people.
Last year a consortium known as the Canadian National Energy Alliance (CNEA) which includes engineering companies SNC-Lavalin, CH2M and Fluor, as well as Energy Solutions and Rolls Royce, was selected to manage and operate the Chalk River site on behalf of CNL and its subsidiary Atomic Energy of Canada Limited (AECL).
As reported by the Pembroke Daily Observer, when Mark Lesinki, CNL’s president and chief executive officer, made the announcement at the site, he said that the laboratories, maintenance shops and operational facilities are aging and need to be revitalized. He promised that the $800 million will not be used to finance building a reactor, but for the construction of facilities to centralize maintenance and operation. He said a detailed plan will be drafted to guide what buildings will be renovated and replaced in the aging site. AECL has already recently spent $55 million to renovate the hydrogen labs at the site.
CNL issued a press release on April 14: “Nationally, we further establish our place as Canada’s national nuclear laboratory; one that is equipped with modern facilities for research that serves the needs of Canadians now and into the future. We continue to rely on, and will cultivate more, relationships across the country through our national supply chain. Through commercial and academic partnerships we will attract innovative companies to work beside us, and the best and brightest candidates to work for us.”

To read the report in the Pembroke Daily Observer, click here.