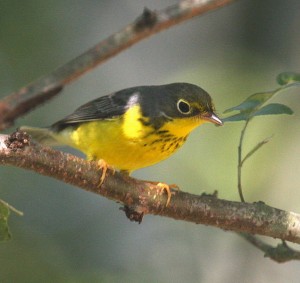 An LNG company was fined $750,000 in November by the New Brunswick Provincial court for killing birds in its natural gas flare stack.

The decision against Canaport LNG related to an incident in September 2013 when more than 7,500 birds died as a result of flying into the flare. They included 26 different species of migratory birds, included Canada Warblers, a species at risk.

Environment Canada conducted the investigation and the charges were brought under the Migratory Birds Convention Act, 1994 and the Species at Risk Act.

The fined funds will be used for various purposes, including migratory studies by Bird Studies Canada and to the University of New Brunswick to create a DNA database of the killed birds.

Canaport LNG was also ordered to do weekly monitoring of bird migratory forecasts for the Bay of Fundy Region and to take appropriate actions to avoid future migratory bird mortality.