Presentations at the first National leadership conference in Ottawa offer wide ranging views on construction trends, the Liberal government, and whether it's wise to build big bridges. 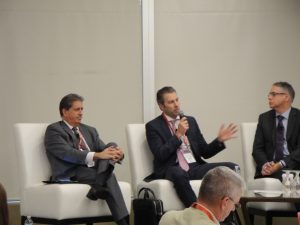 Bob Gomes of Stantec, Alexandre L’Heureux of WSP, and the Hon. Perrin Beatty, part of a panel at the ACEC national leadership conference in Ottawa, October 24.

The Association of Consulting Engineering Companies -Canada (ACEC) held its “national leadership conference” last week, October 23-25. The event in Ottawa was a new venture, combining two days of presentations, the annual meeting (formerly held in June), and visits to MPs on Parliament Hill. The conference culminated in the gala evening presentation of the 2016 Canadian Consulting Engineering Awards. 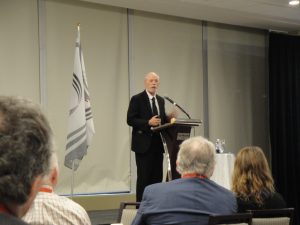 The first live session was a provocative presentation by Gordon Price, a Vancouver author, planner, activist and former politician. He has been on the board of Translink and the Greater Vancouver District and is now director of the City Program at Simon Fraser University. Price made a case for building infrastructure that is “self-sustaining” and argued against the impulse to build large infrastructure without looking at the larger impacts. He objects the B.C. government’s decision to build a new 10-lane bridge to replace the Massey Tunnel in southwest Vancouver, for example,  because he says the connection will encourage more development on prime agricultural land in Delta. He also says it’s an ill-advised decision that doesn’t take account of global warming and rising sea levels. Land south of the Fraser River has been prone to flooding in the past.

The panel discussions over the two days included one called a “Conversation with Experts,” which saw the heads of some of Canada’s largest engineering firms together up on the stage: Bob Gomes of Stantec, Alexandre L’Heureux of WSP, Louise Menard of Golder Associates, and Guy Cormier of J.L. Richards & Associates.  Another panel involved three top journalists from the Ottawa area who visited the question of how well the Trudeau Liberals are doing one year after coming to power. The consensus was that the government has been riding high in popularity but it now has to make some tough decisions over pipelines, etc. (Just that morning (October 25) not far from the conference a group of young Canadians had held a minor demonstration at a meeting with Prime Minister Trudeau.) 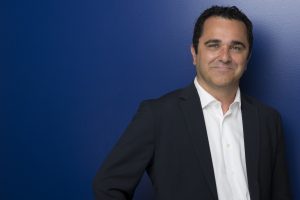 Mark Casaletto of Construction Market Data gave a presentation which was an overview of where the economy and the construction industry are heading. It was a very wide-sweeping view that looked at worldwide trends. “The dialogue has changed,” he said. Whereas economic reports used to look at basic market fundamentals, such as where jobs are being created and where large public and private projects are coming on line, he said that today larger global trends and unforeseeable events are shaping the economy and in turn having an impact on Canadian construction.

Among the global events affecting the economy is the pending  U.S. election. “In the next couple of weeks the election will help shape a lot of the global economic outlook.”

“The one thing we’ve seen in the construction industry,” he said, “is how quickly the private sector engages and disengages based on speculation. And there is a tremendous amount of speculation right now around the U.S. election. We are seeing the private sector hold back on major investments, waiting to see what happens.”

Nonetheless, despite all the negative rhetoric in the election, he said: “The U.S. economy is actually in a very strong recovery process. It’s the one bright beacon in the world and is trending in the right direction.”

For Canada, the big story is China as much as the U.S.. China’s economy has slowed from a sprint to a “very quick running pace,” said Casaletto.  This new reality is having an effect in Canada largely because of China’s vast consumption of resources: in the last five to 10 years it has consumed no less than 40%, and as much as 50%, of global resources.

Volatile oil prices continue to have an impact on Alberta and Atlantic Canada’s construction activity.  Demographics, the aging workforce, immigration and the urbanization/densification of our cities are also major factors changing the construction landscape, Casaletto said. Conflicts and unexpected crises in the world make it difficult to predict what will happen in terms of where investment will land.

For Canada’s construction sector, civil engineering and infrastructure is “the major story.” Casaletto thinks that in provinces such as Ontario which are relying on deficits the private sector will need to become more involved. He pointed out that being in deficit means a province’s borrowing costs are high and so in the long term they will have less money to fund infrastructure projects.

British Columbia, by contrast, is running surpluses and is “awash in cash.” As long as they stay in that position, said Casaletto, the province will have a much longer future in terms of sustaining infrastructure investment.

And in the long term things will look better for other provinces. “The outlook for Canada, looking from the outside in and for the mid-to long term, 2018 and beyond, is actually very bullish,” he said. “Why? Because we are rich in resources. “The reality is the global economy will find its legs again. And when it does it will consume resources at a pace that it probably never has. History has proven that. And in many cases we have the largest resources in the world, so Canada is a good long-term investment in terms of the construction industry.”