On March 4, the federal government delivered its 2010 Budget and confirmed that it would stand by its commitme... 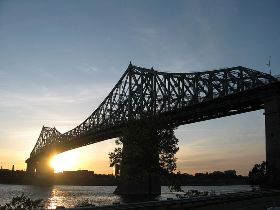 On March 4, the federal government delivered its 2010 Budget and confirmed that it would stand by its commitments under Stage 2 of the Economic Action Plan. During this fiscal year 2010-11 it will provide $19 billion in total federal stimulus funding. Of this amount,  $7.7 billion will be for infrastructure funding and improved social housing.
This is good news for consulting engineering companies who work in these sectors. However, the Honourable Jim Flaherty, Minister of Finance, said that the government will also be following its exit plan at the end of this period in order to trim down the deficit.
The $7.7 billion in 2010-11 is slightly less than the $8.3 billion stimulus in the infrastructure sector for 2009-10.
The government said that last year’s economic stimulus investments have resulted in commitments for 16,000 projects across the country. Over 12,000 of these projects have begun or have been completed.
Flaherty said that besides the infrastructure stimulus funding, the government would  be investing in: energy projects and clean energy generation;  environmental protection in the North and Great Lakes; and aviation security.

A few specific projects earmarked for funds were named. These include:  $175 million over two years for Marine Atlantic’s fleet and shore facilities; $51 million over two years to rehabilitate the Jacques Cartier and Champlain Bridges in Montreal;  $80 million to support further energy retrofits by Canadian homeowners.
By beginning to wind down its Economic Action Plan, the government expects to cut the deficit by half next year, to $27.6 billion.
For full details, visit www.budget.gc.ca/2010