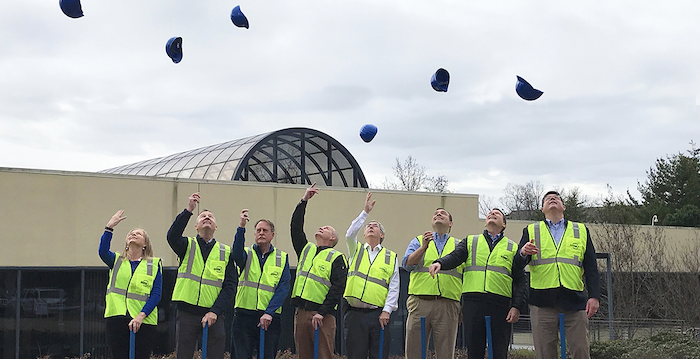 During its current winter conference in Orlando, Fla., ASHRAE recognized 18 major donors to a building campaign in support of renovations to its new global headquarters (HQ) in Peachtree Corners, Ga.

The estimated US$20-million project is transforming a 66,700-sf office building at 180 Technology Parkway into a net-zero-energy ready facility, scheduled for completion by late summer and for move-in by 125 employees in October. Already, more than US$8 million have been raised in cash and equipment from individuals, businesses and the ASHRAE Foundation.

The largest donor to date is NIBE, an indoor heating control supplier that has committed US$5 million to the project, along with equipment representing two of its North American brands, ClimaCool and ClimateMaster.

“The support from our donors signals a continued investment in ASHRAE’s 125-year history of leadership within the industry,” says Jeff Littleton, the society’s executive vice-president (EVP). “This building is a way of acknowledging our legacy within our industry, while looking to the future for new ways to shape the built environment.”