Tetra Tech in partnership with  AECOM is helping to manage the massive Turcot Interchange project in southwest Montreal. It covers an area of seven by three kilometres. The work includes completely replacing four interchanges  and relocating lanes on Highway 20 and the nearby Canadian National Railway tracks. The interchange, which is 45 years old, connects Quebec’s two busiest highways and allows connections between the Champlain Bridge, Pierre Elliott Trudeau International Airport and downtown Montreal.

Arup led the design of the world’s highest pressure subaqueaous tunnel in the bed of Lake Mead, South Nevada. Arup’s international tunnel engineering team created a 6.1-m diameter, 5 kilometre long tunnel  under extreme water pressure of up to 17 bar. Lake Mead, created to construct the Hoover Dam, has seen its water levels drop 38% since 1983 due to drought, which  necessitated the need to drill a new intake at the bottom of the lake to safeguard the water supply.  An article about the project is in the 1/2016 issue of The Arup Journal. Click here. ttp://www.arup.com/projects/lake_mead_intake_tunnel_no_3?utm_campaign=AM_20160824_Arup+Journal+2016+volume+1&utm_source=hs_email&utm_medium=email&utm_content=35158502&_hsenc=p2ANqtz-_r16jhUnQOMiZlVQ28wbGjzp4qmDQon80rqQTPYcWsPOTUMvd_TmTVt_0NPWR0S3htIZxndk6Q8h19yFK_6_87RAHjsQ&_hsmi=35158504 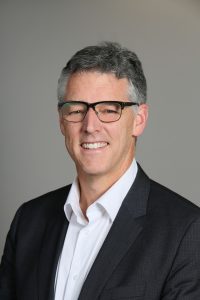 McElhanney Consulting Serivices, headquartered in Vancouver, has acquired Calgary-based Remediation Consulting Group Inc. (RCGI). With 13 people, RCGI has specialized in the remediation and reclamation of contaminated since 2006. RCGI now operates under the McElhanney name from the company’s office in Calgary. McElhanney’s president and chief executive officer Allan Russell said:  “Bringing RCGI’s skill set under McElhanney’s roof is mutually beneficial to both companies. It allows McElhanney to provide increasingly diverse expertise to new and established clients alike, and RCGI’s existing clients will now benefit from an amplified depth of resources, including engineering support, on more complex projects.”  RCGI’s CEO Gerard Testa, said: “With McElhanney’s rich history in engineering, surveying, and mapping., we’re confident that our current and future clients will see tremendous benefit from this newly combined group.” McElhanney 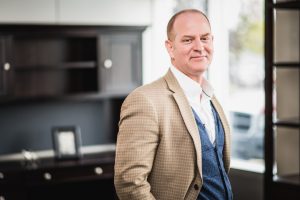 New York-based Loring Consulting Engineers have opened an office in Toronto. The office is headed by professional mechanical engineer and vice president Nigel Bastiampillai, and is located at 1235 Bay Street. Loring will provide mechanical and electrical consulting engineering services for a variety of project types, including commercial, healthcare, education, mission critical and government facilities . Loring chief executive officer Barry Maltz said:  “With so many of our corporate and architecture clients having a presence in Toronto, it made sense for us to establish our first permanent base outside the U.S. there.” Loring is a firm of 120 people and has offices in Washington, D.C., Princeton, New Jersey and Durham, North Carolina.