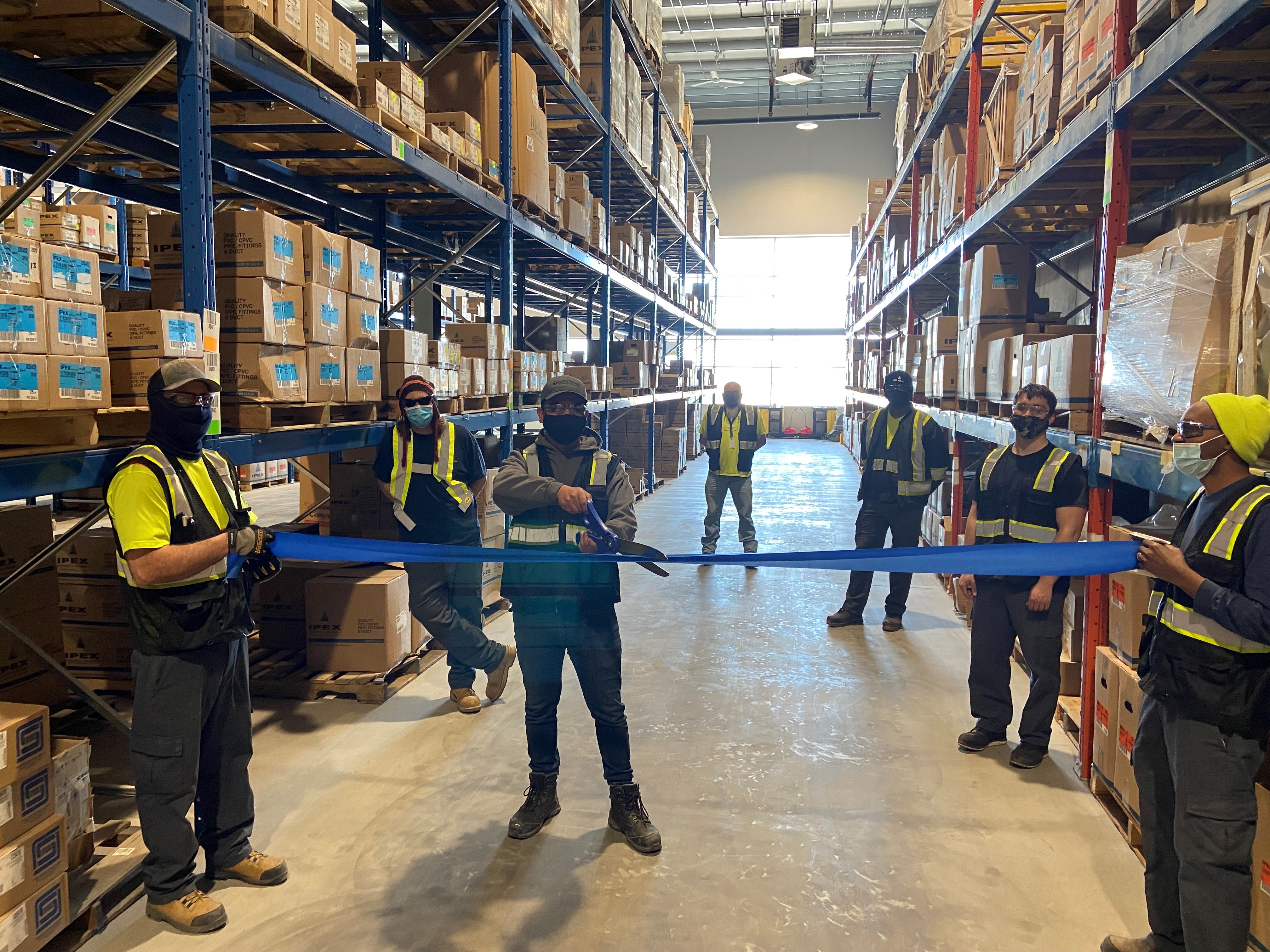 The ribbon-cutting at the Winnipeg distribution centre. Photo Credit: Ipex

The new DCs, in Winnipeg and in Dartmouth, N.S., are described by Ipex officials as being modern, larger buildings, replacing two smaller locations in both regions. The Winnipeg DC is a new build and significantly increases both warehousing and on-site yard space, and the Dartmouth DC has almost doubled in size and now also provides yard space for even more storage.

“Expanding our warehousing capabilities is integral to our customer-first culture,” Ipex president and COO Travis Lutes said in a May 12 news release. “It’s a priority for us to continue to deliver an exceptional experience for our customers, and we do this by ensuring our customers can get what they need from us when they need it so they can get their jobs done.”

Lutes also said that, later this year, Ipex will continue to expand its warehousing capabilities, with focus on the southern and western U.S.

Advertisement
Ipex is a subsidiary of Belgium’s Aliaxis SA, and extrudes plastic pipe for the building, industrial, agriculture, and infrastructure markets.