Up to $11.95 million in tax increment financing (TIF) will be provided to support the development of the True North Square public plaza, an area that will include green space, a water feature and programmable space. 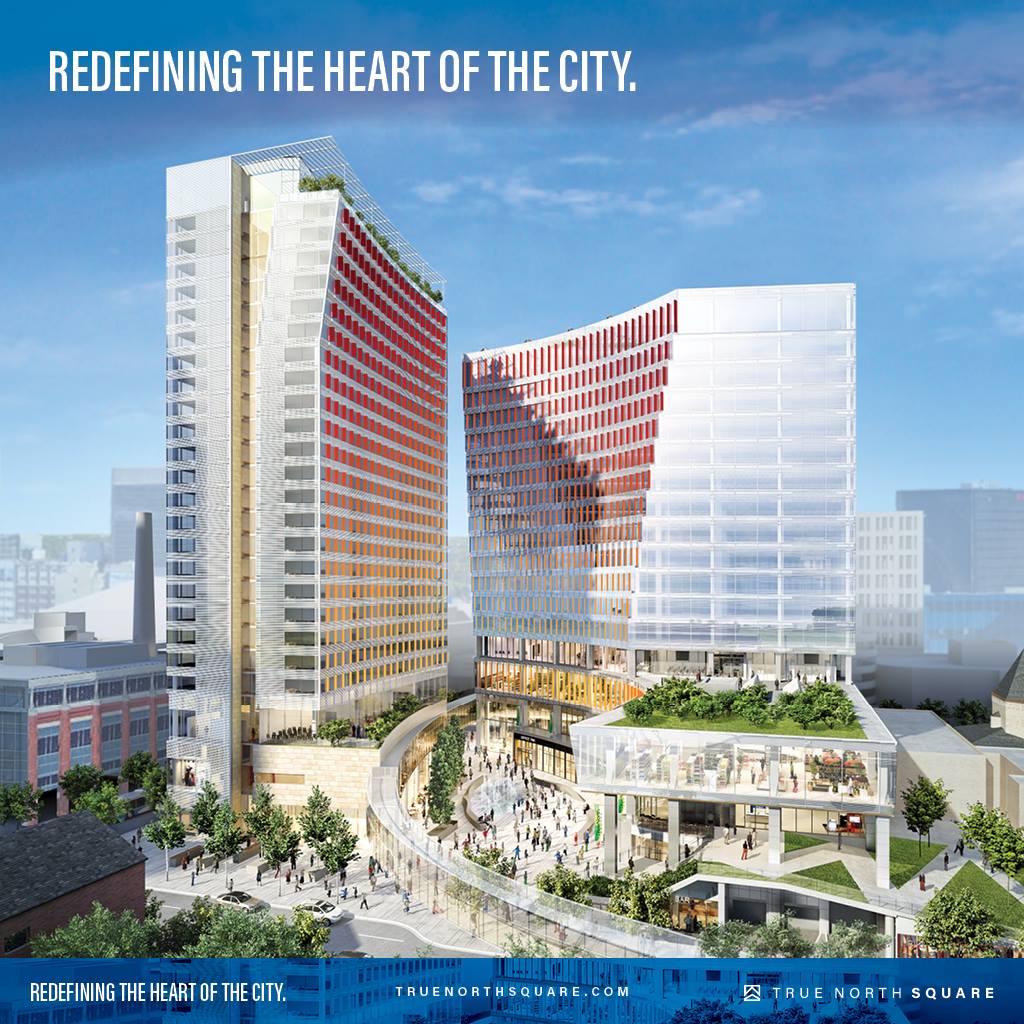 “The Province of Manitoba is pleased to support these transformative private investments in downtown Winnipeg,” said Wharton in a media release. “These projects bring significant economic benefit to our city and province, helping put Winnipeg at the forefront of mixed-use development designed for connectivity of people and buildings.”

Tax increment financing is a tool that governments use to incent economic growth and development through incremental taxes created by significant new development. These TIF projects are designed to protect taxpayers against the risk of losses when developments are delayed or anticipated tax revenues do not materialize, the minister noted.  Consistent with a new framework being finalized, there are no up-front payments and the province only pays from incremental taxes collected, Wharton added.

Up to $11.95 million in TIF will be provided to support the development of the True North Square public plaza, an area that will include green space, a water feature and programmable space. The project also includes enhancements to the surrounding public streets, sidewalks and skywalks.

The province will also be supporting the development of a 194 unit residential tower at 225 Carlton St. adjacent to the office and retail tower located at 242 Hargrave St. The towers will have a unique architectural design that will centre on the public plaza and both will be LEED Gold certified.

“We are thrilled to partner with the Province of Manitoba on this exciting project, which is the largest privately developed real-estate venture in Winnipeg’s history. It is a great example of how private-public partnerships can work to help shape communities through the building of important public spaces,” said Jim Ludlow, president of True North Real Estate Development.

TIF will also be provided to support the development of a new residential tower to be connected to The Sutton Place Hotel located at 220 Carlton Street. The Sutton Place development will feature retail space, restaurants, and be connected to Winnipeg’s existing skywalk system. The expansion and the addition of the Hotel will produce additional economic benefits to Winnipeg’s downtown and Manitoba by enabling the RBC Convention Centre to attract larger scale events.

“We are very proud to be a part of what is a great example of when all levels of government can work together with private industry to create a world class development, and in doing so, set the tone for future investment in Manitoba,” said Tom Gaglardi, president and CEO of Northland Properties, the Sutton Place Hotels parent company.  “The tax increment financing initiative by the province, underpinned by the vision of True North, has been instrumental in making this project a reality.  It is a true pleasure to work with such great people and we look forward to showcasing what the future holds for the city of Winnipeg and the province of Manitoba.”

“These projects support our commitment to the development of downtown Winnipeg,” said Wharton.  “More Winnipeggers are choosing to live downtown and grants such as these keep the momentum of downtown revitalization going by stimulating private investment.”