The protection curing material works by absorbing water that exists within the concrete to form crystals. Whenever the crystals are formed they line the pores of the concrete, allowing it to breath. 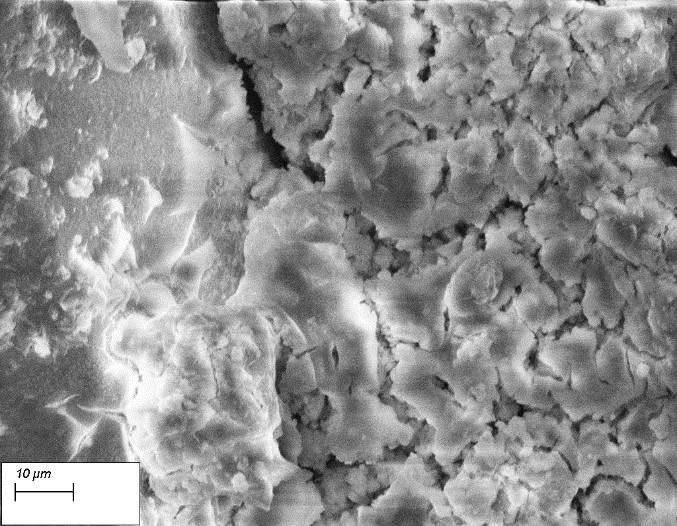 Crystal formation created by absorbing water from within the concrete.

Researchers at Brunel University London have discovered that concrete facing a harsh environment – for example heavy rainfall or high winds – deteriorates slower when a crystallizing material is added to the fresh mixture, followed by a wax-based curing agent.

The findings, published in the journal Construction and Building Materials, could help increase the lifespan and reduce the long-term cost of concrete structures in severe conditions.

“Concrete under harsh environmental conditions suffers from accelerated deterioration, which reduces the service life of any structure that is built from concrete or reinforced concrete, such as bridges, ports or airport runways,” said Mazen Al-Kheetan, a PhD candidate who led the research, in a media release.

“Industry has been trying to overcome this problem by applying different types of waterproofing and protective materials, which are mainly Silane or Siloxane based, but the problem with those materials is high toxicity and a dangerous impact on the environment.”

Working alongside Texan company Chem-Crete, Brunel’s researchers created a new protection-curing blend that reduces the penetration of water and harmful chemicals, whilst increasing the compressive strength compared to untreated concrete. Unlike most traditional treatments, it can be applied to fresh, uncured concrete, potentially cutting costs and saving time.

“It’s environmentally friendly and can be applied on dry and wet surfaces of concrete without affecting its performance,” said Mr Al-Kheetan.

“The material works by absorbing water that exists within the concrete to form crystals. Whenever the crystals are formed they line the pores of the concrete, allowing it to breath. It also works on repelling water that tries to penetrate through.

“This novel approach will help protect any concrete structure – and even masonry and heritage structures – from the penetration of water and harmful chemicals like chlorides and sulphates.”

Mr Al-Kheetan tested the new material’s effectiveness by applying it to the surface of fresh concrete, followed an hour later by either a wax-based or liquid-based curing agent. Under lab conditions, it was then bombarded with sustained harsh weather.

Tests after seven days, and again after 28 days, showed that a combination of crystallising admixture and wax-based curing agent increased the concrete’s compressive strength, whilst decreasing its water absorption.

Dr. Mujib Rahman, Brunel’s Senior Lecturer in Civil Engineering who supervised the research said: “This discovery will allow people to use concrete protection materials with fresh concrete at the construction stage, eliminating the need to apply traditional protection, which has often shown inconsistent performance.

“It will also reduce the number of maintenance procedures required to increase the lifetime of concrete or masonry structures, reducing long term expenditure.”

Research is now underway to investigate the performance of other hydrophobic protective materials that are environmentally friendly, can reduce water absorption level, and be applied to fresh concrete.