TransitNEXT, wholly-owned by SNC-Lavalin, was selected to extend the line south, while East-West Connectors led by Kiewit and VINCI Group, along with design services provided by WSP and Hatch, will build out east and west sections. 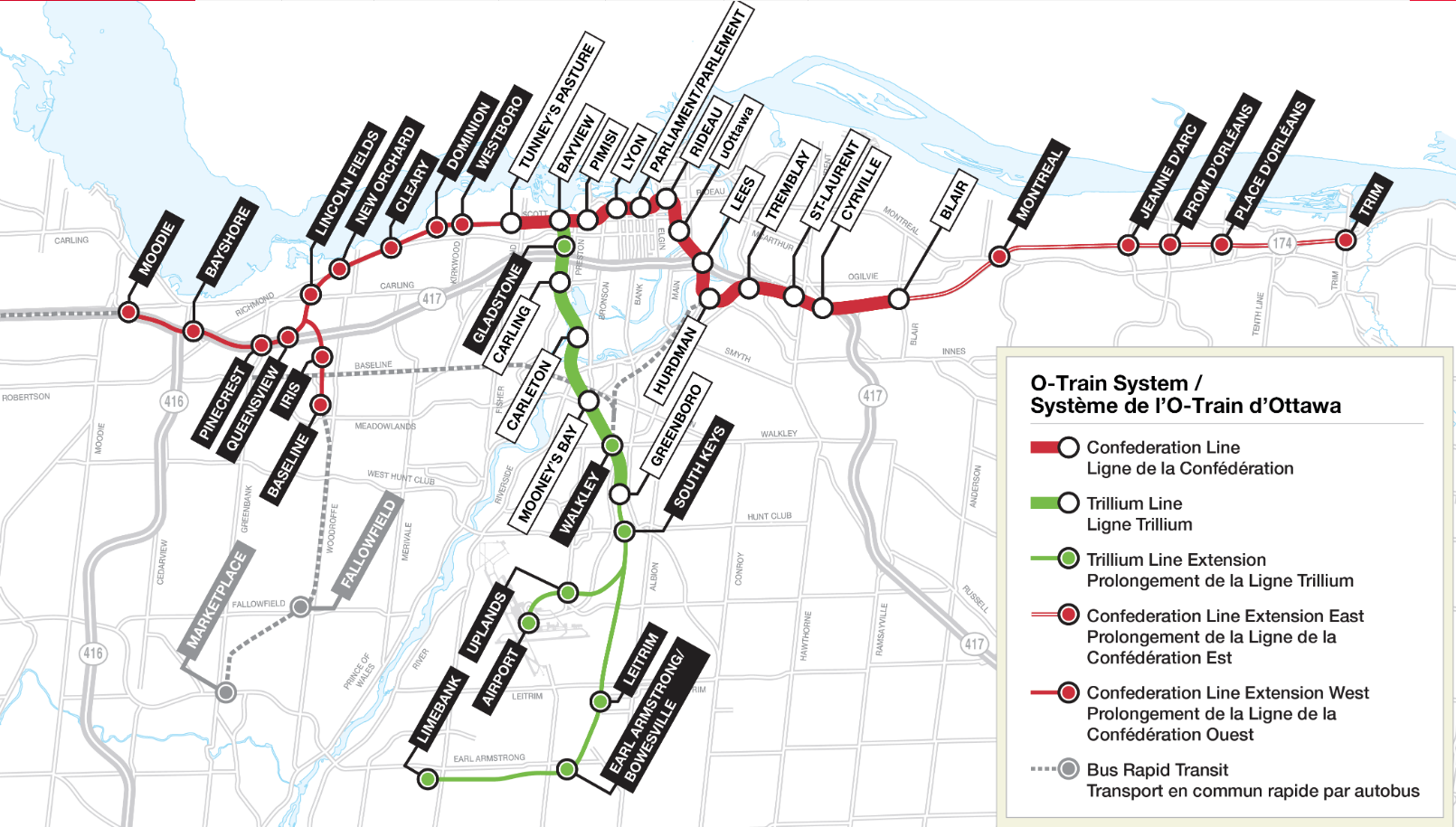 On Friday, February 22, City of Ottawa officials held a technical briefing to outline the results on the Stage 2 LRT procurement, revealing that East-West Connectors was selected to design/build the extenstions east and west on the confederation line, and TransitNext is the preferred proponent for the south extension of the LRT.

TransitNEXT, wholly-owned by SNC-Lavalin, was selected to design, build, finance and maintain the Stage 2 Trillium Line Extension, adding 16km of new rail and eight new stations extending the line south with a link to the Ottawa Macdonald-Cartier International Airport. The team will also be responsible for upgrading existing stations as well as maintenance for the existing infrastructure and rolling stock.

The technical briefing was accompanied by a report that outlines the results of the Request for Proposal (RFP) process for Council approval.

The report will go to Committee of the Whole for consideration on Wednesday, February 27 to hear public delegations on this matter, and Council on Wednesday, March 6.

The Stage 2 project is funded by the Government of Canada, the Province of Ontario and the City of Ottawa. The project has been divided into three separate contracts, the Confederation Line Extension (including east and west extensions) as a Design Build Finance and the Trillium Line South Extension as a Design Build Finance and Maintain Project and a Memorandum of Understanding for 38 Vehicles, the construction of the Belfast Yard Maintenance and Storage Facility expansion and for civil and vehicle maintenance and lifecycle.

Once approved, construction will begin in 2019, with the Trillium Line South Extension to be completed in 2022, with the Confederation Line east and west extensions opening in 2024 and 2025, respectively.

The city states that once complete Stage 2 will bring 77% of Ottawa residents with 5km of rail transit, capable of reaching a future capacity of up to 24,000 passengers each way during peak periods. Also, the Stage 2 O-Train system will be a fully grade-separated system that spans nearly 64km to include 41 stations, 85 vehicles and three maintenance and storage facilities.