The three orders of government funded the $238.8 million Bridging to Tomorrow Project which included the new Chief Mistawasis Bridge and the revamped Traffic Bridge. 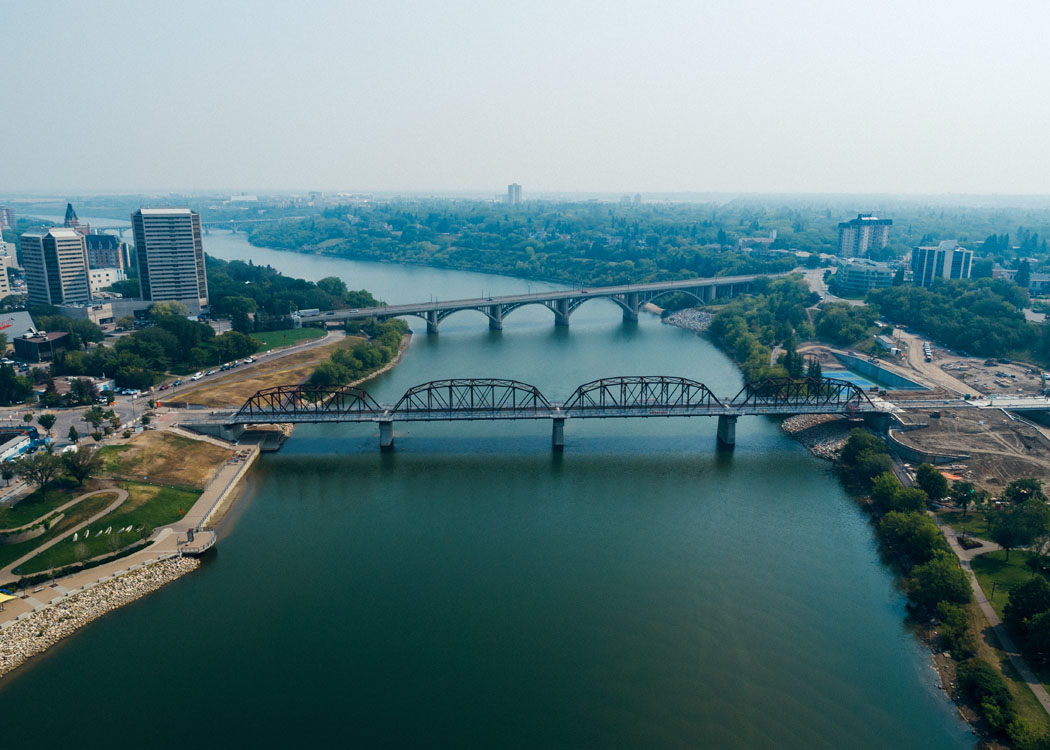 On Tuesday, October 2 the City of Saskatoon opened its new Chief Mistawasis Bridge, and its revamped Traffic Bridge opened to traffic on Wednesday, October 3.

The Chief Mistawasis Bridge along with connecting Central Avenue and McOrmond Drive extensions, now link the Marquis Industrial area with the University Heights area of the City. Within the first year of operation, it is estimated that over 20,000 vehicles per day will use the new bridge. At a population of 400,000, that number is projected to increase to about 50,000. The new bridge and roadways will reduce traffic on existing bridges, particularly the Circle Drive North Bridge, and reduce congestion on other main arterials such as Attridge Drive and College Drive. The six-lane Chief Mistawasis Bridge also includes a two meter wide bikeway on the north side and a three and a half meter multi-use pathway on the south side.

The new four span Traffic Bridge serves as a central link between downtown and residential areas in the south part of the city. The new structure which replaces the old Victoria Street Bridge can accommodate average traffic volumes estimated to approach 11,000 vehicles per day, with capacity to serve over 20,000 vehicles per day. Conventional weathering steel has been used with a protective coating within the splash zone. This will result in a two tone colour between the lower and upper portions of the structure until the patina can form on the exposed portions of the weathering steel, reminiscent of the former steel bridge in its place. This process will eventually turn the entire bridge into one brown colour tone. The new bridge is wider and taller. It includes two 3.7 meter wide traffic lanes and two 3 meter multi-use pathways.

These openings marked the completion of the City’s largest-ever bridge-building project.