New Brunswick-based engineering company Timber Restoration Services has been contracted to conduct detailed inspections of five covered bridges in the southern part of the province. 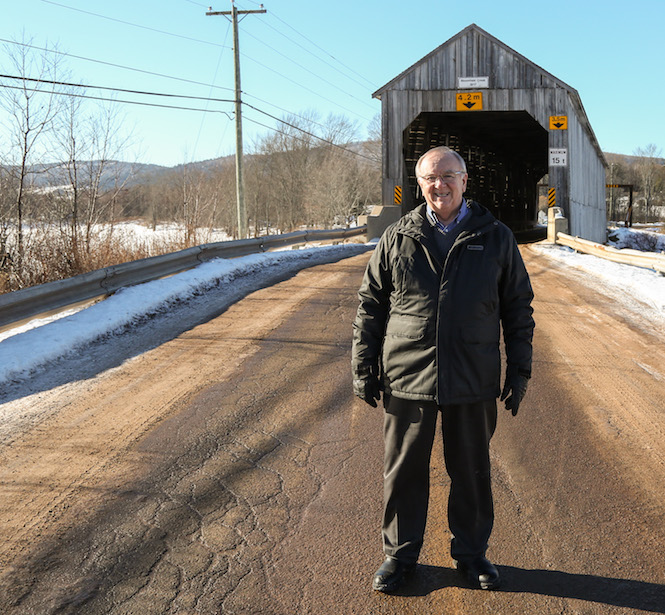 The provincial government of New Brunswick has launched a review of its network of covered bridges and river ferries. The review will take into consideration cultural, community and heritage values, as well as transportation needs.

“Our government recognizes the significance of our covered bridges and river ferries,” said transportation and infrastructure minister Bill Oliver in a media release. “Many of them are important transportation links while serving as a reminder of New Brunswick’s rich cultural history. It is important to take a practical and responsible approach to maintenance and preservation.”

The review will consider a technical study by Timber Restoration Services, a New Brunswick-based engineering company that has been contracted by the government to conduct detailed inspections of five covered bridges in the southern part of the province.

The inspections will help determine whether the bridges can be restored using wood products and, if so, at what cost.

Only 54 provincially-owned covered bridges remain in New Brunswick, down from about 340 in the 1950s. Most of these remaining bridges were built prior to 1942 and have unique architectural features.

Some notable covered bridges include:

New Brunswick’s river ferries also have a rich tradition dating back more than a century. Capt. William Abraham Pitt invented the underwater cable ferry and introduced it on the Kennebecasis River between Reeds Point and Gondola Point in 1903.

There are currently six crossings on the Saint John and Kennebecasis Rivers operating free of charge and serving more than 3.5 million passengers each year.

In addition to their tourism value, many bridges and ferries reduce commuting time and make it possible to transport livestock and farm equipment that could not be moved using roads.

The department intends to present financial requirements related to the strategy as part of its 2020-21 capital budget process.