The Government of Canada announced last week that Arup Canada has been selected to do engineering and coordination services for a new bridge across the St. Lawrence River in Montreal. 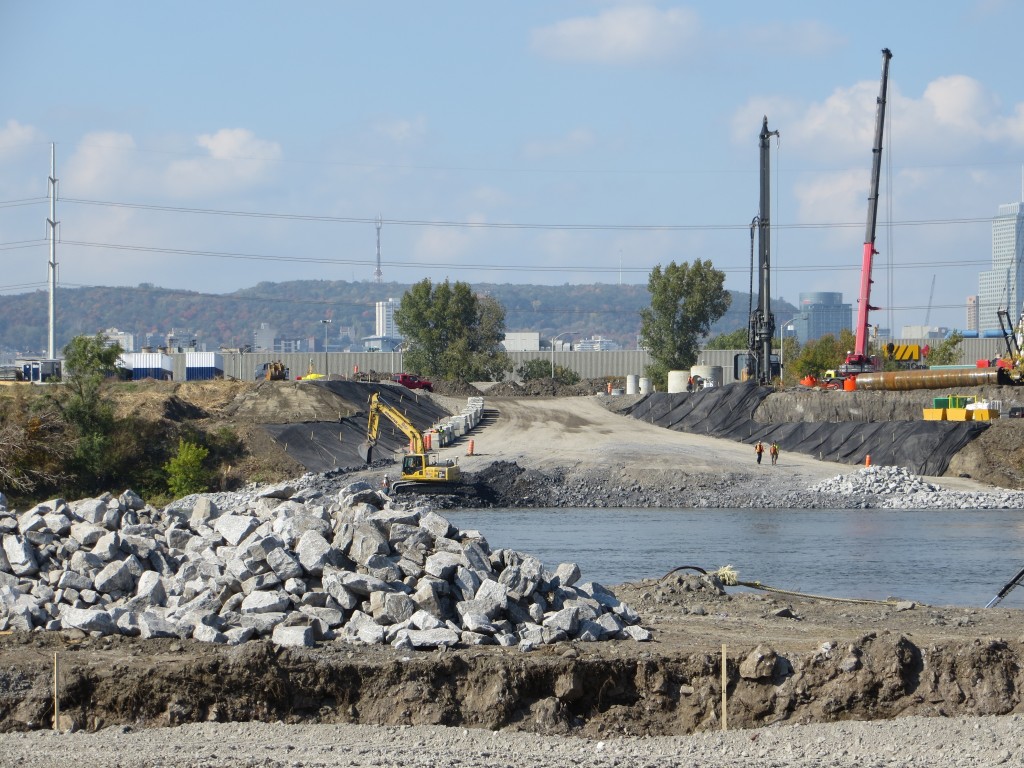 Work starts on the temporary causeway between the Island of Montreal and Ile des Soeurs. Image: JCCBI.

The Government of Canada announced last week that Arup Canada has been selected to do engineering and coordination services for a new bridge across the St. Lawrence River in Montreal.

Arup’s $15-million contract covers engineering services for the bridge as well as other aspects such as highway and traffic engineering, environmental protection, integration with the urban and corridor and architectural quality. Arup will also prepare procurement documentation and help coordinate and manage technical engineering projects related to the project.

In September Consortium Perron, Hudon, Bélanger and Consultants SM were awarded a contract to do 3D terrain modelling and land surveying for the bridge.

The new bridge is to replace the aging 3,400-m Champlain Bridge which is Canada’s busiest crossing. It lies to the south of Montreal’s downtown, crossing first to Ile des Soeurs and then across the St. Lawrence to the suburb of Brossard on the South Shore.

As part of the replacement project, a temporary causeway is being built to divert traffic while construction proceeds. Work has already started on constructing the $92-million temporary causeway between the Island of Montreal and Ile des Soeurs (Nun’s Island). GENIVAR is the engineer and did the environmental studies on the causeway, which is a seven-lane structure with a reserved bus lane.

Once the causeway is built in 2015, the existing Champlain Bridge will be dismantled. In the meantime it is costing millions in repairs — estimated at $60 million for the next two years. Built in 1962 and managed by a federal agency known as the Jacques Cartier and Champlain Bridges Incorporated, the Champlain Bridge has 160,000 crossings per day, carrying $20 billion in international trade and heavy commuter traffic. The federal government says it is “a crucial corridor for the regional economy and for Canada as a whole.”

For more information about the new bridge for the St. Lawrence, click here.

For more information about the temporary causeway-bridge, click here.