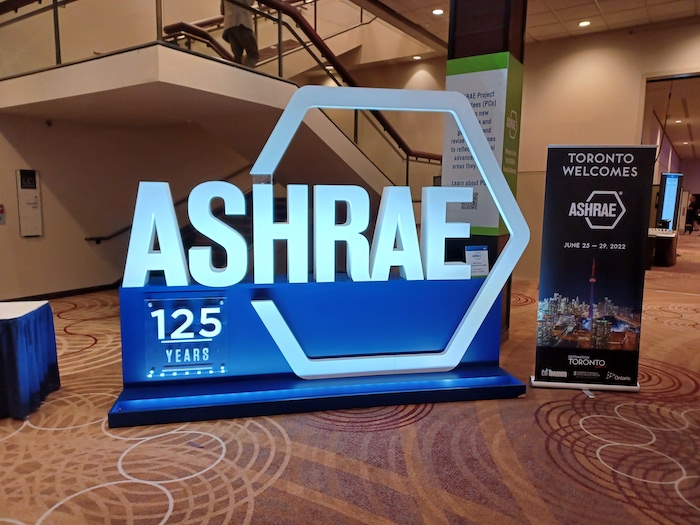 In June, two conferences at the Sheraton Centre Toronto showcased ventilation innovations, challenges and opportunities, both with the involvement of the American Society of Heating, Refrigerating and Air-Conditioning Engineers (ASHRAE).

The first, running from June 22 to 24 (following a June 21 welcome reception), was the ASHRAE-hosted 13th edition of the Industrial Ventilation Conference, which focuses on advances in contaminant control. The original conference was hosted by the University of Toronto (U of T) and the Occupational Hygiene Association of Ontario (OHAO) in 1985, at the Royal York Hotel. Since then, the event has taken place every three years, rotating locations between North America, Europe and Asia, although this year’s ‘homecoming’ was delayed from August 2021 due to COVID-19.

The specialized conference brought in close to 200 attendees from 17 countries, including engineers, practitioners, researchers, scientists and regulatory personnel. Most of the presenters represented academia or government departments, but there were also consulting engineers from Canadian firms like RWDI, CDML and Stantec.

Next came the ASHRAE Annual Conference, running from June 25 to 29 and coinciding with the 100th anniversary of the society’s Toronto chapter. Among local highlights, registrants enjoyed technical tours of Enwave’s Deep Lake Water Cooling (DLWC) System, which helps reduce heat for many of Toronto’s downtown buildings in an energy-saving, low-carbon method, and the conference venue itself, which underwent a $120-million renovation in 2015 that added one of the largest variable refrigerant flow (VRF) systems in North America at the time.

The technical program sessions featured many presenters from Canada, including consulting engineers: 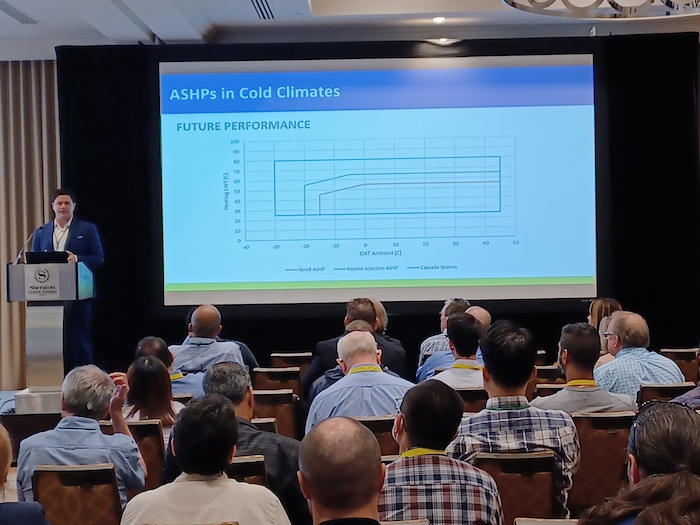 The ASHRAE Annual Conference’s most popular session was about designing for air-source heat pumps in cold climates. Photo by Peter Saunders.

Other speakers hailed from academic circles:

There were also representatives of government, manufacturers and other businesses:

Speaking of its presidency, ASHRAE used the event to introduce its new leader for the next year, Farooq Mehboob, along with executive committee officers and directors.

“It’s imperative we continue to hunger for and seek information about our market, our changing world and our technological advances,” said Mehboob in his presidential address. “Embracing change will infuse a new dynamism in our society at all levels.” 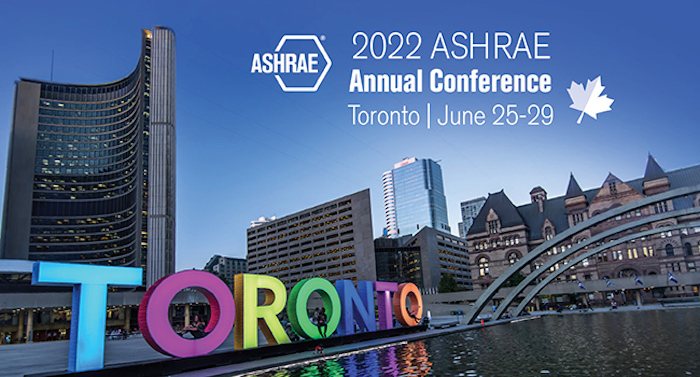