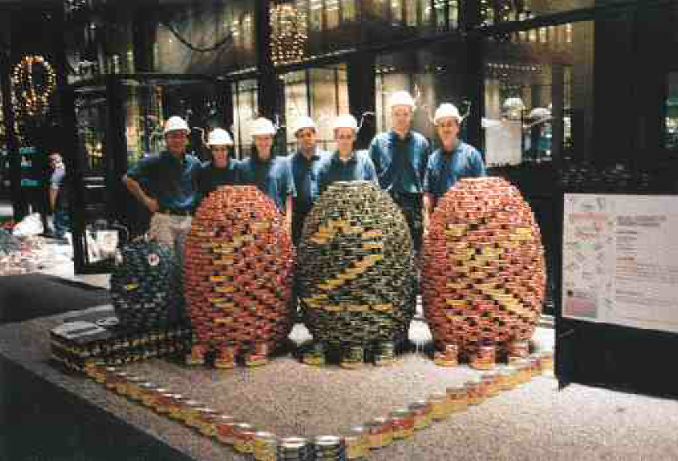 Halsall Associates staff behind the "Y2K Bug" they made with food cans for the CANstruction charity event in December. The real computer bugs had evidently been squashed out of existence by the time New Year's Eve 2000 rolled around. CANstruction was partly sponsored by Consulting Engineers of Ontario. Eight teams of engineers and architects had to make an artistic creation using 32,000 tonnes of prepackaged food. The food was later donated to the Daily Bread Food Bank.