ASSOCIATIONSThe person who has been a dynamic force in promoting consulting engineers in Alberta finished her contract with Consulting Engineers of Alberta (CEA) in November and is now working for Sta... 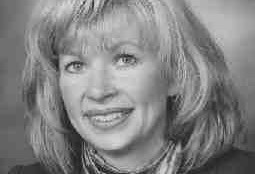 The person who has been a dynamic force in promoting consulting engineers in Alberta finished her contract with Consulting Engineers of Alberta (CEA) in November and is now working for Stantec. Shirley Mercier was with CEA as executive director for almost five years.

Mercier is best known outside the province for having played a key role in organizing the FIDIC conference held in Edmonton last year. The international conference for consulting engineers was so successful it managed to end up financially in the black, something that FIDIC rarely achieves. One of the economies Mercier introduced to FIDIC was to set up a virtual conference site at CEA’s own office rather than contracting it out at great expense.

Mercier’s business skills inspired many other initiatives. Under her direction CEA launched its showcase awards to profile consulting expertise in the province. It also launched a member directory and now publishes a bound annual report. One of her first and most important projects was in successfully negotiating with the Alberta government to outsource its infrastructure projects, which provided lots of work for consulting engineers.

At Stantec Mercier will be director of client relations, and with responsibility for advertising and marketing.

Wendy Sneddon (formerly Cooper) is taking over as executive director at CEA. She has been with the association as long as Mercier has, joining in 1995 just three days after graduating from Grant MacEwan Community College in advertising and public relations. She was appointed from a shortlist of outsiders.

Sneddon previously worked for the municipal and provincial governments and in the private sector for a computer software firm. She won the Dr. Charles Allard memorial award while at college, having been nominated for it by her peers.